Congressman Wants to Ban All Gay 'Conversion' Therapy, Everywhere, for Everybody

Why is this a federal matter? 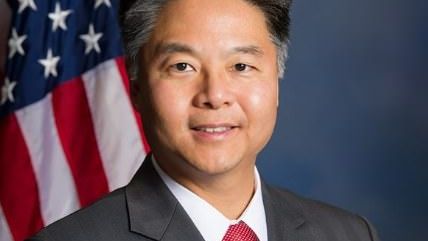 (US house of reps)

Brand new Rep. Ted Lieu (D-Los Angeles) is calling for a federal ban on all therapy focused on trying to convert gay people into becoming heterosexuals. There have been some state-level bans, including the one Lieu got passed in California when he was in the state's Senate.

But those bans have only prohibited licensed therapists from using conversion therapy on minors. This new federal legislation would ban therapists from offering it to anybody, regardless of age. He wants to classify it is an "unfair or deceptive act or practice" and give the Federal Trade Commission (FTC) control over punishing violators. He explained how it would work to Chris Geidner at BuzzFeed:

"The bill is … broader, obviously, because it's nationwide," he said. "But, what this bill seeks to do is to reaffirm what medical science has already stated formally: Being gay or lesbian or transgender is not a mental disease, illness, or defect that needs any sort of cure."

He aims to do so on a federal level by applying the existing laws addressing "unfair or deceptive act[s] or practice[s]" to conversion therapy. The bill would make illegal any commercial conversion therapy and any advertising for conversion therapy under certain conditions. The Federal Trade Commission would enforce the provision the same as it does other prohibited practices.

"This bill uses the FTC," he said. "There's nothing unusual about government going out and trying to protect consumers against fraud. It happens all over the place."

But does it happen in the field of therapy? That's the big issue. Remarkably, when asked by Geidner whether the FTC had ever been used to control what mental health services were offered by professionals, Lieu didn't know. His office hadn't researched it.

I contacted the American Psychological Association to try to get some insight. Their response was to point me to a 2009 resolution discouraging efforts to treat homosexuality as a mental illness or disorder to be cured, saying there is "insufficient evidence," to support conversion therapy. Note that their tone is actually a bit milder, because it's impossible to say definitively that conversion therapy never works, just that the science doesn't show that it does. Unfortunately they didn't answer my question as to whether there are other examples of the federal government regulating particular types of treatments offered by therapists. I asked the question again and will update if I get a response. (UPDATE: A spokesperson responded via email: "To their knowledge, there are no federal regulations that ban specific treatments. Most health regulations simply limit providers to their scope of license. So that psychologists cannot provide dentistry, for example.")

Here are some things to think about Lieu's possible bill: