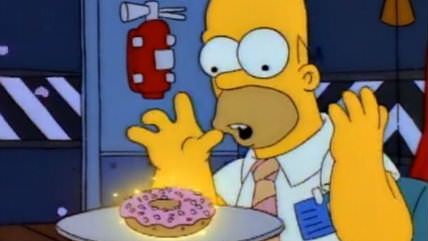 Don't get too attached to your movie-theater popcorn, folks: The Food and Drug Administration (FDA) is expected to release a final ruling that "all but" bans trans fats any time now, reports Politico.

There may be some limited exceptions, and "naturally occurring" trans fats from meat or dairy products won't be targeted, but food companies are generally expecting that the FDA's rule will leave them little room to use trans fats in their products.

So if you like donuts, frozen pizza, coffee creamers, or canned cinnamon rolls—which taste surprisingly delicious when dropped into a deep fryer—get ready for a mouthful of disappointment. They're all products that currently rely on trans fats, and may have to change their recipes after the FDA ruling comes down. Without trans fats, they might taste different (donuts, for example, would be more oily in texture) or preserve less well. Either way, they won't be the food you love and are used to.

True, none of these may be your favorite foods, but they're surely someone else's. And for those folks, the FDA is making life a little less tasty—and revealing both how overbearing and how frivolous federal regulation can be.

The FDA and its supporters argue that trans fat restrictions are necessary as a health measure following a 2013 proposal that trans fats not be "generally recognized as safe." This is more than a little bit ironic given that for decades, trans fats were pushed by the public health community as a healthier alternative to saturated fats. Indeed, the food industry shifted to trans fats through the 1980s and 1990s in part because of a requirement that food products with saturated fat be labeled—a requirement which, of course, was put in place by the FDA.

At least indirectly, then, FDA food regulations helped make the use of trans fats more common—yet now the agency is trying to ban the same fats its earlier work encouraged. Meanwhile, it increasingly seems clear that the old public health wisdom about the evils of saturated fats was off-base, and that the once-evil saturated fats aren't nearly as bad as previously thought.

I'm not saying that the science is wrong now. Maybe—probably—the public health wisdom is right this time, or at least pretty close. I'm certainly not aware of any evidence suggesting that trans fats are particularly healthy for anyone, although the food industry says it's safe in small amounts. But the government's history of reversals and follies when it comes to dietary recommendations (the food pyramid, for example, was also wrong) should at least give one pause about the wisdom of a move as drastic as the one that appears to be coming down the line.

At a minimum, it ought to provide a reminder that there are always unintended consequences, even to what seem like modest regulatory measures. The same could obviously be true again. When the FDA began its quest to eliminate trans fats in 2013, the director of the Yale-Griffin Prevention Research Center, who welcomed a trans fat ban, also warned in Time that, "There are other ways to manipulate fat, and we have to be careful we don't wind up with another bad invention."

Another reason to question the FDA's far-reaching fight against trans fats: It's practically unnecessary at this point. Over the past decade or so, Americans have rapidly shed their affections for trans fat-laden foods: Between 2006 and 2013, following both an FDA labeling requirement and a steady increase in warnings from food researchers that trans fats might not be all that healthy, average daily consumption dropped from 4.6 grams to 1 gram, according to The New York Times. The FDA is declaring total war on an enemy that has largely been defeated.

This too-much-too-late crusade against trans fats is the sort of overreach that reveals how strikingly petty the federal government can be. What the FDA is doing, essentially, is launching an all out regulatory strike against the grave threat of…recipes for donuts and frozen pizza, microwave popcorn and prepackaged cake frosting, all in an effort to stamp out an ingredient that has been used for decades, and is now in widespread decline. It is a demonstration of both relevance and irrelevance—an opportunity to witness the great and bothersome power of the federal government, and its irritating smallness as well.