'A rolling stone gathers no...' 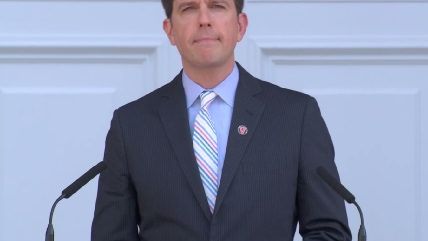 Every day is a good day to mock Rolling Stone for its journalism failings, but University of Virginia graduation day is an especially good day. Thankfully, funny-guy Ed Helms rose to the occasion in his valedictory speech at UVA's commencement activities Saturday:

That's a great line, and Helms followed it up with a good point about the toll Rolling Stone's mistakes took on both the UVA community and legitimate efforts to reduce campus rape:

"Rolling Stone tried to define you this year. As a result, not only was this community thrown deep into turmoil, but the incredibly important struggle to address sexual violence on campuses nationwide was suddenly more confusing than ever and needlessly set back.

This community didn't fall for the fallacy that just because Rolling Stone was wrong everything here must be perfectly peachy. You all had the courage to understand you can be outraged at Rolling Stone and still ask yourselves hard questions: if sexual violence does occur in our community, do we have the best possible protocols and resources available to our students? And UVA is charging forward to answer those questions and you should be proud of that."

Sexual violence undoubtedly occurs on college campuses, though with less frequency and under different circumstances than some activists would have people believe. Universities should consider strategies to mitigate the actual dangers that college women face—which almost always stem from reckless drinking, and rarely involve the kind of psychopathic, ritualistic violence that Rolling Stone erroneously thought would make for a good expose on the subject.