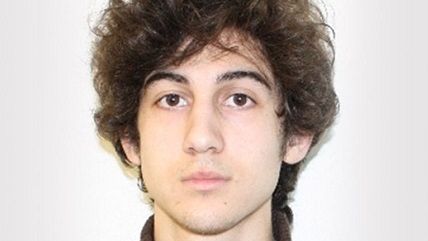 Dzhokhar Tsarnaev was sentenced to death for his role in the Boston Marathon bombings on April 15, 2013.

Last month, Tsarnaev was convicted on all 30 charges against him, 17 of which carry the death penalty. The jury sentenced him to death on six of those counts, but it only takes one.

According to reports from journalists inside the courtroom, Tsarnaev "swallowed hard" when the verdict was read, but otherwise did not show emotion.

An appeal is likely, according to The New York Times:

With death sentences, an appeal is all but inevitable, and the process generally takes years if not decades to play out. Of the 80 federal defendants sentenced to death since 1988, only three, including Timothy J. McVeigh, the Oklahoma City bomber, have been executed. Most cases are still tied up in appeal. In the rest, the sentences were vacated or the defendants died or committed suicide.

Public sentiment in Massachusetts was against executing Tsarnaev, though many people who lost family members in the bombing—and were present in the courtroom today—had pushed for such an outcome.

Read more from Reason on the debating the death penalty here.