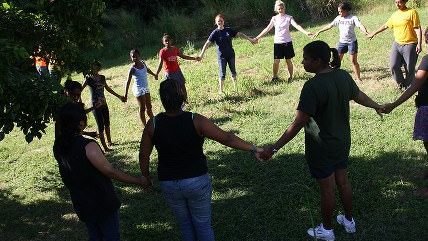 Former Clinton staffer and current Fox News token liberal Kirsten Powers has a book out today, The Silencing, that blasts her co-ideologists for their increasing intolerance toward dissenting ideas and their attempts to muzzle those who disagree with them. She points to the Maoist state of too many college campuses, including trigger warnings, "safe spaces," and drama over speakers and student groups that deviate an inch from the accepted wisdom of the flock—the sort of totalitarian crazy that Reason covers in depth.

Powers also covers the Obama administration's weird (and ongoing?) denial that Fox News is a "real" news outfit. That attempt to shut out the popular news network was very obviously a reaction to its critical rather than fawning coverage of the current White House occupant.

Frankly, Powers has plenty of fodder for her contention that much of the political Left has gone from arguing with its opponents to screaming "shut up!" and clamping delicate hands over easily offended ears. But, as mentioned, she has a slot at Fox News. She's also a born-again Christian. That will probably make it easier for her nominal political allies to wave off her warnings of crimes against free thought and free speech. Whatever Powers' bona fides among progressives, though, the evidence of a real problem on the Left speaks for itself.

In the latest example, just days before the pub date for Powers' book, Rebecca Roache, a Lecturer in Philosophy at Royal Holloway, University of London, reacted to the unexpected Conservative win in the U.K. election with a…tantrum. She announced online that she was "unfriending" all of her Conservative Facebook friends.

Because their preferred policy prescriptions are supposedly, on their face "as objectionable as expressing racist, sexist, or homophobic views."

OK…So yet one more lefty academic is emotionally ravaged by disappointment at electoral outcomes. Big whoop. Except that this post wasn't on a personal blog, it was on the University of Oxford's Practical Ethics blog. You know—a place to discuss ideas and stuff. That's wonderfully ironic (as pointed out in the interesting comments) and also wildly problematic in terms of her relations with colleagues and, especially students (also pointed out in the comments). This window into the hermetically sealed thinking inside academia has turned the incident into a minor event.

Interestingly, the "not really a news station" for which Powers now works developed as an alternative when conservatives thought they were being shut out of established news media. (And libertarians—a sympathetic interviewer told me in the mid-'90s that I'd been denied a job at a now-defunct outfit when the top boss discovered my political views). Its success is directly related to attempts, perceived and real, to marginalize dissenting views.

Now it's just funny when White House officials whine that the opposition press publishes "not real news" in a fit of pique over unfriendly coverage. Enough people wanted more diverse viewpoints in their news coverage, that they exist now, in spades. Politicians don't have the power to prevent critical coverage, so they just whine and stomp their feet.

Academia looks like it's on the same track. The soaring college tuition bills that students and families foot are expensive subsidies for teachers who refuse to engage with whole areas of human thought and villainize those who disagree with them. Add in an environment of hothouse-indulgence of hypersensitivity that produces debt-burdened graduates who aren't all that attractive to many employers, and there's a real opening here for…not something else, but all sorts of different models of learning without having to conform to groupthink.

I think Kirsten Powers and the critics of Rebecca Roache are correct—many lefties have retreated into a totalitarian denial that anybody can legitimately disagree with them. In the short term, this is an annoyance for those shunned or penalized by a chorus of "right-thinking" types who consider unfriending half the world to be better than actual debate. But in the long term, it's a spur to develop parallel and competing alternatives to institutions that are paralyzed by enveloping clouds of smug.

Your reaction to the world is to clamp your hands over your ears and chant, "I can't hear you"? Seriously? OK. The conversation goes on without you.