Why Cinco de Mayo is Every Bit as Great and Fake an AMERICAN Holiday as St. Patrick's Day and Columbus Day 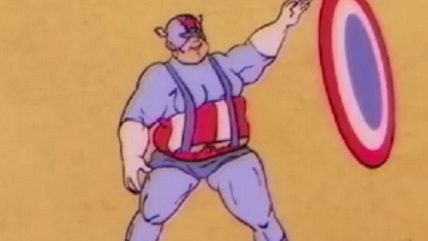 Today is Cinco de Mayo, on which Mexican Americans—and increasingly, all Americans—celebrate…something having to do with Mexico.

Anti-immigrationists routinely say the holiday is "Mexican Independence Day" and yet one more sign that Mexican Americans—just like Jews, Irish, Catholics, Italians, Germans, Outer Slobovians, et al.—are the last true "unmeltable ethnics" who simply can't or won't jump into the glorious Melting Pot of the Shining City on a Hill that is the United States of America.

But of course Cinco de Mayo isn't Mexican Independence Day. As USA Today helpfully explains in an article illustrated with a picture of a margarita (pronounced mar-gerrr-REEETA, amigo!), the day commemorates a victory against the French:

Cinco de Mayo commemorates the Mexican army's unlikely victory over the French forces of Napoleon III on May 5, 1862, at the Battle of Puebla.

Mexico had troubles paying back war debts to European countries, and France had come to Mexico to collect that debt.

Not only that, the 150 or so people still living  in Mexico who haven't yet migrated illegally to the United States to simultaneously outcompete us for the last few menial jobs left while mooching off welfare and getting in-state tuition at public colleges (yeah, I know, it's confusing to me too) don't even give a chihuahua's tuches about Cinco de Mayo:

Today Cinco de Mayo has become more of an American holiday than a Mexican one. But most non-Mexican Americans have "no idea" about the day's history, said Carlos Tortolero, president of the National Museum of Mexican Art in Chicago.

This is a roundabout way of saying that, as a holiday celebrated here by people who lay claim to heritage from a foreign country, Cinco de Mayo is about as authentically American as you can get.

Indeed, did you know that the very first St. Patrick's Day parade took place not on Irish soil but in New York City, circa 1762? While the race of kings and queens celebrated the day that St. Patrick chased the snakes off of the Emerald Island for years prior, but what we know and love as St. Patrick's Day is a fully American invention, intended to put a little Hibernian swagger into the grand experiment known as the British colonies in the New World. Everybody's Irish on St. Paddy's Day. Except the Irish, who are stuck being that way all damn year.

St. Patrick's Day is best understood as a display of ethnic pride in a country that all too often shunned the Irish (the original parade was organized by Irish serving in the British army). Which is to say it perfectly anticipates the meaning and function of another well-known ethnic pride celebration, Columbus Day.

Italian Americans organized the first ethnically themed Columbus Day festival in these United States in 1866. There had been earlier celebrations, of course, but they were mostly done by bluebloods and WASPs who would have sworn up and down that the great Italian explorer who sailed for Spain had nothing to do with the garlic-eating spaghetti benders that were draining down the gene pool by flooding lower Manhattan like rats. While Columbus Day has never generated the hype or alcoholism that St. Patrick's Day has, it's the ultimate feel-good festival for Italians who have mostly never set foot back in the old country which, lest we forget, was so horrible that all our ancestors said ciao baby to it the first chance they could.

The cul de sac of identity politics was the subject of a great moment in The Sopranos, when Tony's crew react to a native American protest against Columbus Day. Ethnic pride can only get you so far before it bites you on the ass:

What goes around comes around, eh, Paulie?

If like me you are of Irish and Italian heritage, you not only have my deepest sympathies but I suspect you understand the pride that these stupid holidays provide. Not so much to those of us living in 21st-century America but to our parents and grandparents, who grew up in a very different country in which they still seemed kinda-sorta foreign. They were partly shut from being "real Americans" and would grab at almost anything that gave them a sense of identity, of pride, and possibly, some small measure of cultural power.

In a strange and beautiful way, these cartoonishly tribal celebrations were a statement not of loyalty to or longing for the old country but a way of declaring that you were fully American and that you weren't going anywhere. You just wanted a day or two a year when everyone wanted to be you, at least for a drunken moment. You not only showed that you had numbers that mattered but something to add to the Great American Casserole.

So it is with Cinco de Mayo. By celebrating the old country in the new one, Mexican Americans are participating in a centuries-long tradition of strutting their stuff and inviting everyone else to join in the fun.

And if you don't believe me, then Ask a Mexican already! As Reason did in this excellet interview with OC Weekly columnist Gustavo Arellano: