The Year the Future Started

1995 was the year of the Internet, and so much more

Nick Gillespie | From the May 2015 issue 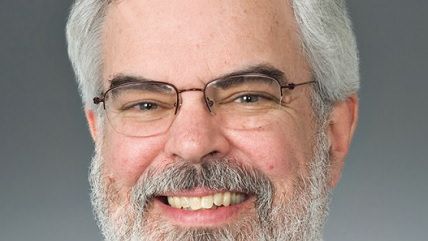 In his compulsively readable new book, 1995, American University communications professor W. Joseph Campbell takes us back to what he calls "the year the future began." The Oklahoma City Bombing took place, ushering in the terror fears and security measures that would expand even further after 9/11. Coverage of the trial of O.J. Simpson for the murder of his ex-wife and Ronald Goldman birthed the 24-hour news cycle. The Dayton Peace Accords, which ended the Bosnian War, inflated a "hubris bubble" in U.S. foreign policy that would pop only after the long, unsuccessful interventions in Afghanistan and Iraq. And Bill Clinton met Monica Lewinsky, an encounter whose endgame would cement partisan loyalties in the federal government and deeply undercut presidential stature.

Perhaps most important, says Campbell, who spoke with Reason TV's Nick Gillespie in February, 1995 was "the year of the Internet." Early iterations of Amazon, eBay, Yahoo!, and Craigslist first ap-peared; Netscape held a record-breaking IPO; and the World Wide Web emerged as a mass medium.

For video of this interview, go to reason.com or see below.

Q: Netscape doesn't even exist anymore! How big was the Netscape IPO in legitimating the Internet as something real and vital?

A: Netscape made a fantastic browser, but the company had only been in existence for less than two years when it had its IPO. It went through the roof, and the shares were incredibly valuable. Netscape showed that people could make money on the Internet. But more importantly, it illuminated the Web for a lot of people who weren't familiar with it.

Q: You suggest that Marc Andreessen, one of the co-founders of Netscape, was the first great Web star.

A: He really was. And he was only in his 20s, just out of college, when he co-founded Netscape. These guys were setting their own rules, and the Internet allowed people to do that, because nobody knew what this was going to look like.

Q: As the Web became popular, people freaked out and Congress passed the Communications Decency Act, which would have regulated the Internet like broadcast TV.

A: The Communications Decency Act was declared unconstitutional by the Supreme Court, but it was a really shocking attempt to regulate this emergent technology. It probably would have strangled it in its infancy. A lot of people thought this was going to just be a cesspool of pornography, with nothing redeeming about it at all. The congressmen and senators behind the act had very little familiarity with what they were trying to regulate. But it was also a moment in which a lot of people who were advocates of the Web vigorously opposed these measures and ultimately prevailed.

Q: Part of the power of the Internet and the World Wide Web was the idea that a few individuals coming out of nowhere could transform the world in a positive way. The Oklahoma City bombing was kind of a dark inversion of that.

A: You could look at it that way, for sure. In the bombing's immediate aftermath, the U.S. government began to put in place measures and restrictions on American life that have only become more apparent, more onerous, and even more accepted by many Americans, especially after 9/11.

Q: People seem to remember the '90s very fondly, as a time of calm prosperity when living was easy. Is that wrong?

A: Attempts to label a decade are inevitably simplistic, superficial, and misleading. The 1990s were certainly not "a holiday from history," as [Washington Post columnist] Charles Krauthammer has said. And it certainly wasn't a time in which nothing much happened.