Scott Shackford | From the May 2015 issue 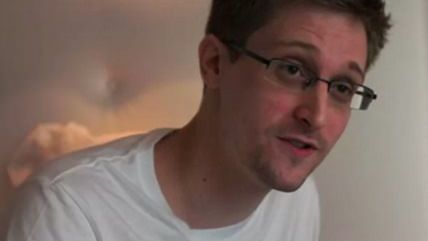 Citizens still may not know exactly how much information government spy agencies actually gather about them, but they are getting a better sense of what governments are capable of doing, thanks to the files leaked by whistleblower Edward Snowden.

In January, The Guardian released new information from Snowden's documents that provides more detail about the bulk surveillance by Britain's Government Communications Headquarters (GChQ), the country's top spy agency. For 10 minutes in 2008, the agency captured emails to and from journalists at top media outlets in both the United States and the United Kingdom. In all, the agency harvested more than 70,000 emails as part of a test exercise. While a lot of the emails were spam or press releases, the agency also snatched messages between journalists and editors (and potentially sources). The outlets affected included The Guardian, The New York Times, the BBC, Reuters, and The Washington Post, among others.

It's not clear whether journalists were the actual targets of the email harvesting or just included by happenstance. It is also not known whether these emails were read and whether such harvesting occurs regularly as a matter of policy. GCHQ declined to comment on the matter other than to claim that its surveillance policies are legal.