Zach Weissmueller | From the June 2015 issue 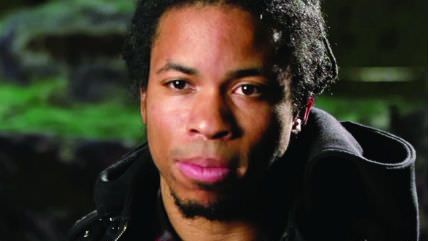 When a cop shot teenager Michael Brown in Ferguson, Missouri, last summer, the death sparked protests, a militarized law enforcement response, and finally looting and destruction. But the Huey P. Newton Gun Club was ready. The Dallas-based group had formed in June 2014, more than two months before the shooting.

Charles Goodson, the club's founder, started recruiting members after he learned that Dallas police officers had shot at 40 unarmed citizens over the past 12 years. "We are proposing armed self-defense as it relates to the situation with black people here in America when it comes to dealing with police departments," he explains.

A group of black men and women standing against police brutality and in favor of the Second Amendment: It's a combination that tends to scramble partisan narratives. Goodson says he's received support from across the political spectrum.

"We've gotten a lot of response from conservative people, you know, National Rifle Association," says Goodson. "We don't consider ourselves to the far right or the far left. We think what we're doing is right on time."

The group stages regular events in which members carry their firearms through town in plain sight. In March it did this in front of Texas' state capitol building, a move reminiscent of the actual Huey P. Newton, whose Black Panthers carried firearms into California's capitol building. That led to the Mulford Act, which prohibits the open carry of loaded weapons and would later become a model for federal gun control legislation. It was signed into law by then–Gov. Ronald Reagan, a fact that further complicates the ideological history of gun control.

Occidental College historian Thaddeus Russell says that the relationship between black Americans, civil rights, and guns stretches back much further than the '60s.

"Black Americans have been using guns ever since there were black Americans," says Russell. "One of the great untold stories about the civil rights movement was that it required violent resistance from blacks to be effective."

As an example, Russell cites armed resistance to the Ku Klux Klan, which he calls the nation's "first gun control organization" during Reconstruction. More provocatively, he points to Martin Luther King Jr.'s march on Birmingham, Alabama. While King famously advocated nonviolent civil disobedience, his letter from Birmingham jail also alludes to the vital role armed blacks played in the civil rights movement: "I am convinced that if your white brothers dismiss us as 'rabble rousers' and 'outside agitators'—those of us who are working through the channels of nonviolent direct action—and refuse to support our nonviolent efforts, millions of Negroes, out of frustration and despair, will seek solace and security in black nationalist ideologies, a development that will lead inevitably to a frightening racial nightmare."

The specter of a violent, armed revolution prompted white civic leaders to take King's movement more seriously. "I'm not promoting violent resistance," says Russell. "But there's no question that it has been effective historically."

The members of the gun club are quick to point out that they don't promote violence either, only self-defense and self-reliance. One bylaw states that the group cannot accept government grants, which members see as necessary to maintain independence.

"We feel that we should do for ourselves," says one member, who identified himself as Huey Freeman. "You can't buy us."