Globalization Is Good for You!

Ronald Bailey | From the June 2015 issue 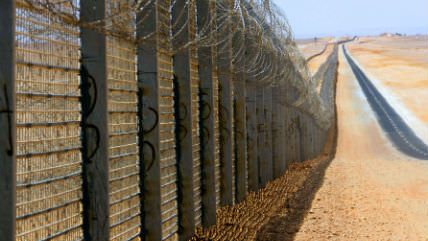 How important is the open exchange of goods to the spreading of prosperity? This important: Since 1950, world trade in goods has expanded from $600 billion (in 2015 dollars) to $18.9 trillion in 2013. That's a more than 30-fold increase, during a period in which global population grew less than three-fold.

This massive increase in trade was kicked off in 1948 by the General Agreement on Tariffs and Trade, which began the liberalization process of lowering tariff and non-tariff barriers. As a result, autarkic national economies became more integrated and intertwined with one another. The World Bank reports that openness to trade—the ratio of a country's trade (exports plus imports) to its gross domestic product (GDP)—has more than doubled on average since 1950.

Immigration has also contributed significantly to economic growth and higher wages. Today some 200 million people, about 3 percent of the world's population, live outside their countries of birth. According to the Partnership for a New American Economy, 28 percent of all U.S. companies started in 2011 had immigrant founders—despite immigrants comprising roughly 13 percent of the population. In addition, some 40 percent of Fortune 500 firms were founded by immigrants or their children.

All of this open movement of people and stuff across borders pays off in many measurable ways, some obvious, some more surprising.

A 2010 study in World Development, titled "Good For Living? On the Relationship between Globalization and Life Expectancy," looked at data from 92 countries and found that economic globalization significantly boosts life expectancy, especially in developing countries. The two Swedish economists behind the study, Andreas Bergh and Therese Nilsson, noted that as Uganda's economic globalization index rose from 22 to 46 points (almost two standard deviations) over the 1970–2005 period, average life expectancy increased by two to three years.

Similarly, a 2014 conference paper titled "The long-run relationship between trade and population health: evidence from five decades," by Helmut Schmidt University economist Dierk Herzer, concluded, after examining the relationship between economic openness and population health for 74 countries between 1960 and 2010, that "international trade in general has a robust positive long-run effect on health, as measured by life expectancy and infant mortality."

A 2012 working paper by University of Konstantz economist Heinrich Ursprung and University of Munich economist Niklas Potrafke analyzed how women fare by comparing globalization trends with changes in the Social Institutions and Gender Index (SIGI), which was developed by the Organisation for Economic Co-operation and Development (OECD). SIGI takes several aspects of gender relations into account, including family law codes, civil liberties, physical integrity, son preference, and ownership rights. It's an index of deprivation that captures causes of gender inequality rather than measuring outcomes.

"Observing the progress of globalization for almost one hundred developing countries at ten year intervals starting in 1970," Ursprung and Potrafke concluded, "we find that economic and social globalization exert a decidedly positive influence on the social institutions that reduce female subjugation and promote gender equality." They further noted that since globalization tends to liberate women from traditional social and political orders, "social globalization is demonized, by the established local ruling class, and by western apologists who, for reasons of ideological objections to markets, join in opposing globalization."

A 2005 World Development study, "Trade Openness, Foreign Direct Investment and Child Labor," by Eric Neumayer of the London School of Economics and Indra de Soysa of the Norwegian University of Science and Technology, looked at the effects of trade openness and globalization on child labor in poor countries. Their analysis refuted the claims made by anti-globalization proponents that free trade induces a "race to the bottom," encouraging the exploitation of children as cheap laborers. Instead the researchers found that the more open a country is to international trade and foreign investment, the lower the incidence of exploitation. "Globalization is associated with less, not more, child labor," they concluded.

Trade openness boosts economic growth, but how does it affect per-capita incomes? A 2009 Rutgers University-Newark working paper, "Trade Openness and Income-a Re-examination," by economists Vlad Manole and Mariana Spatareanu, calculated the trade restrictiveness indices for 131 developed and developing countries between 1990 and 2004. Its conclusion: A "lower level of trade protection is associated with higher per-capita income."

A 2011 Research Institute of Industrial Economics working paper—"Globalization and Absolute Poverty—A Panel Data Study," by the Swedish economists Bergh and Nilsson—analyzed the effects of globalization and trade openness on levels of absolute poverty (defined as incomes of less than $1 per day) in 100 developing countries. The authors found "a robust negative correlation between globalization and poverty."

Interestingly, most of the reduction in absolute poverty results from better information flows—e.g., access to cellphones—that improve the functioning of markets and lead to the liberalization of trade. For example, the globalization index score for Bangladesh increased from 8 points in 1980 to 30 points in 2000, which yielded a reduction in absolute poverty of 12 percentage points.

A number of studies have found that trade openness tends to improve environmental quality in rich countries while increasing pollution and deforestation in poor countries. For example, a 2009 Journal of Environmental Economics and Management study by three Japanese researchers, titled "Does Trade Openness Improve Environmental Quality?," found that air and water pollution decline among rich-country members of the OECD, whereas it increases in poor countries as they liberalize and embark on the process of economic development.

But as poor countries become rich, they flip from getting dirtier to becoming cleaner. A 2012 Canadian Journal of Agricultural Economics study, "Deforestation and the Environmental Kuznets Curve in Developing Countries: A Panel Smooth Transition Regression Approach," explored the relationship between deforestation and real income for 52 developing countries during the 1972–2003 period. The study found that deforestation reverses when average incomes reach a bit more than $3,000 per year.

In 1943, Otto T. Mallery wrote, "If soldiers are not to cross international boundaries, goods must do so. Unless the shackles can be dropped from trade, bombs will be dropped from the sky." This insight was bolstered by a 2011 working paper, "Does Trade Integration Contribute to Peace?," by the University of California, Davis researcher Ju Hyun Pyun and the Korea University researcher Jong-Wha Lee. The two evaluated the effects of bilateral trade and global openness on the probability of conflict between countries from 1950 to 2000, and concluded that "an increase in bilateral trade interdependence significantly promotes peace." They added, "More importantly, we find that not only bilateral trade but global trade openness also significantly promotes peace."

The economic gains from unfettered immigration are vastly more enormous than those that would result from the elimination of remaining trade restrictions. Total factor productivity (TFP) is the portion of output not explained by the amount of inputs used in production. Its level is determined by how efficiently and intensely the inputs are utilized in production. In other words, it is all those factors—technology, honest government, a stable currency, etc.—that enable people to work "smarter" and not just harder.

Think of it this way: A worker in Somalia can produce only one-tenth the economic value of a worker in the United States. But as soon as she trades the hellhole of Mogadishu for the comparative paradise of Minneapolis, she can immediately take advantage of the higher American TFP to produce vastly more. Multiply that by the hundreds of millions still stuck in low-productivity countries.

Assuming everybody moved immediately, Kennan calculated that it would temporarily depress the average wages of the host countries' natives by 20 percent. If emigration were more gradual, there would be essentially no effects on native-born wages.

In a 2011 working paper for the Center for Global Development, "Economics and Emigration: Trillion Dollar Bills on the Sidewalk?," Michael Clemens reviewed the literature on the relationship between economic growth and migration. He concluded that removing mobility barriers could plausibly produce overall gains of 20–60 percent of global GDP. Since world GDP is about $78 trillion now, that suggests that opening borders alone could boost global GDP to between $94 and $125 trillion.

A 2013 University of Munich working paper on immigration and economic growth by the University of Auvergne economist Ekrame Boubtane and her colleagues analyzed data from 22 OECD countries between 1987 and 2009. It found that "migration inflows contribute to host country economic prosperity (positive impact on GDP per capita and total unemployment rate)." The authors concluded that "immigration flows do not harm the employment prospects of residents, native- or foreign-born. Hence, OECD countries may adjust immigration policies to labour market needs, and can receive more migrants, without worrying about a potential negative impact on growth and employment."

In a 2009 National Bureau of Economic Research study, "The Effect of Immigration on Productivity: Evidence from U.S. States," the University of California, Davis economist Giovanni Peri looked at the effects of differential rates of immigration to various American states in the 1990s and 2000s. Peri found that "an increase in employment in a U.S. state of 1% due to immigrants produced an increase in income per worker of 0.5% in that state." In other words, more immigrants meant higher average wages for all workers.