Why Is the CDC Lying About E-Cigarettes? 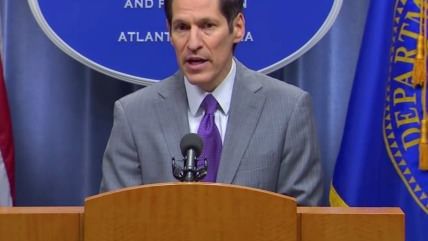 Survey data released last week show that smoking continues to fall among teenagers as use of electronic cigarettes continues to rise. In my latest Forbes column, I explain why the CDC's spin on these two trends is grossly misleading:

For years anti-smoking activists and public health officials have tried to justify their irrational hatred of electronic cigarettes by arguing that vaping leads to smoking, especially among impressionable young people who otherwise would never touch tobacco. But that is not happening. To the contrary, vaping and smoking rates among teenagers are moving in opposite directions. Rather than admit they were wrong to claim that e-cigarettes are a "gateway" to the conventional kind, opponents of vaping have escalated their prevarications by implying, in defiance of all scientific evidence, that there is no important difference between the two kinds of nicotine delivery devices.