Snus and E-Cigarettes Are Indisputably Safer Than Smoking, Contrary to What The New York Times Wants You to Think

The paper worries about "harms and risks" that are "potentially dangerous." 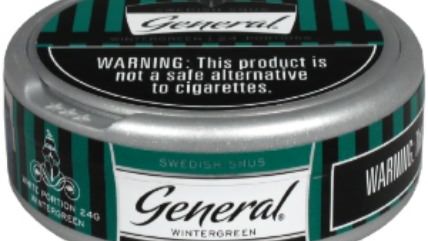 The New York Times has a long history of producing inane editorials that read like they were written by a sleepy committee of high school students. Its usual approach is to regurgitate information from a recent news story about some perceived problem, then endorse a half-baked statist solution that restricts individual freedom in the name of public safety. Yesterday the paper ran a fine example of the genre, headlined "The Perils of Smokeless Tobacco." Here is how it starts:

The makers of smokeless tobacco products like to claim that their products are safer than cigarettes because users don't inhale the tars and toxic chemicals from burning tobacco. Of course, they play down other harms and risks, which are also potentially dangerous. For federal regulators, protecting public health will require looking beyond the smoke to other hazards.

When the Times says "the makers of smokeless tobacco products like to claim that their products are safer than cigarettes," it implies that the statement is not true. But the statement is true: Inhaling combustion products is definitely more dangerous than not inhaling them, which is why the disease rates among consumers of smokeless tobacco—especially snus, Swedish-style oral snuff—are dramatically lower than disease rates among cigarette smokers. Despite its skeptical stance, the Times offers no evidence to contradict that point. The fact that using smokeless tobacco products may entail "harms and risks"—even "potentially dangerous" harms and risks (as opposed to the safe kind?)—does not negate the point that snus is much less hazardous than cigarettes.

The Times nevertheless urges the Food and Drug Administration to reject a labeling change requested by snus manufacturer Swedish Match, which would like to inform consumers that although "no tobacco product is safe," snus "presents substantially lower risks to health than cigarettes." The issue is not whether that statement is true—it clearly is—but whether consumers can handle the truth. The Times worries that "snus might lead some nonsmokers to take up the nicotine habit, and progress on to cigarette smoking, when abstention would be the safest approach." So the paper's position is that the government should censor truthful, potentially lifesaving information because it's not sure what people will do with it.

Snus currently carries rotating government warnings, including one saying "this product is not a safe alternative to cigarettes," which is not very helpful to smokers contemplating a switch. The Times likewise insists on conclusive evidence of complete safety, saying "some studies have linked snus with pancreatic cancer, fatalities from heart attacks and strokes, diabetes and bad pregnancy outcomes." But while there remains some controversy over exactly how dangerous snus is, it is indisputably far less dangerous than cigarettes, which is the relevant point for someone choosing between the two products.

The Times displays the same inability to comprehend the difference between safer and safe in its discussion of electronic cigarettes, which it misleadingly shoehorns into an editorial about "smokeless tobacco products." That's misleading not because e-cigarettes are not smokeless but because they are not tobacco products. As with snus, the Times brushes aside the product's huge health advantages:

Even without burning tobacco, e-cigarettes carry real health risks. Nicotine can harm the developing adolescent brain and cause lasting cognitive damage. It is also possible that once addicted to nicotine, young people will progress to smoking traditional cigarettes.

The Times cites two alleged health risks, both of which are speculative at best. "It is unlikely that the sporadic exposure to the low levels of nicotine delivered by e-cigarettes is sufficient to cause serious brain damage," notes Boston University public health professor Michael Siegel on his tobacco policy blog. "There is absolutely no evidence to support this contention." As for progression to conventional cigarettes, it was never a very plausible concern, and it plainly is not happening in any significant way, since vaping and smoking rates among teenagers are moving in opposite directions.

Even if we concede these two unsubstantiated risks, they pale compared to the well-established hazards of cigarette smoking. Yet the Times describes "the growing market for electronic cigarettes" as "a big problem" that the FDA needs to solve by banning flavors and restricting advertising. It worries that flavors "appeal to youngsters," completely ignoring the fact that they also appeal to adults, who overwhelmingly prefer fluids that taste like things other than tobacco (which is itself an added flavor, since, contrary to what the Times seems to think, e-cigarettes do not contain tobacco). As usual, the Times insists on protecting children by treating adults like kids.