When they accumulate and store all of our sensitive information, officials are also arming themselves against us 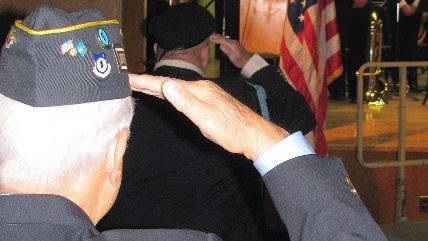 If you really need further evidence of why it's dangerous to let government officials demand sensitive information from us, look no further than the ongoing scandal at the U.S. Department of Veterans Affairs. Once focused on the apparently lethal mistreatment of military veterans by a system created to provide them with (usually crappy) medical care, the story now also encompasses retaliation by officials against VA employees who raise concerns about such mistreatment.

Perhaps most disturbing: "In several cases, the medical records of whistleblowers have been accessed and information in those records has apparently been used to attempt to discredit the whistleblowers," commented Carolyn Lerner from the Office of Special Counsel at a congressional hearing yesterday.

The hearing held by the House Committee on Veterans' Affairs, Subcommittee on Oversight and Investigation, was part of an ongoing saga that includes testimony from multiple participants, though Lerner's presence was an understandable repeat performance, given the Office of Special Counsel's role in protecting whistleblowers. Last September, Lerner told another congressional committee that her office "received over 80 new VA whistleblower retaliation cases related to patient health and safety just since June 1, 2014."

Among the VA cases Lerner's office had addressed at that point, it "for the first time obtained a stay on behalf of an employee who faced retaliation for refusing to obey an order that would have violated the law." That employee had been ordered to enter classified information into an unsecured computer network, which you would think government agencies would be getting just a bit more sensitive about. Well…OK. That's a vain hope.

The flood (the VA is now the biggest source of these complaints and rated over 30 OSC attorneys by itself as of last July) of whistleblower retaliation cases from the VA has mostly involved punishments that you would expect from an arrogant, insular government agency against employees who go against the grain. But Lerner told the committee that many VA employees, who are often veterans themselves, find that their health records have been accessed by officials looking for fodder.

One example of a veteran who believes his medical records were inappropriately accessed is Brandon Coleman, a Marine Corps veteran who sustained injuries to his right foot while he served. Coleman works at the VA system in Phoenix, and told TheBlaze he became a whistleblower after it became clear that someone illegally went into his medical records.

He said after he started publicizing the failures of his own office to properly treat veterans with suicidal tendencies, his own mental health was questioned by his superiors. As of this year, the VA has threatened to reduce his disability rating.

More than a few government agencies have access to sensitive information—medical, financial, criminal, sexual… The IRS and Census Bureau compel disclosure, law enforcement agencies gather it through legal filings and court records, and intelligence operations just hoover it up. Much of it gets stored away indefinitely for reasons even officials couldn't tell you, except that they have the storage space. But it makes sense that officials capable of gaming health care waiting lists to the point that people die from delayed treatment are perfectly willing to mine records for weaponizable information for use against dissident employees—or anybody else.

Yeah, the government is inefficient and unreliable with the information it gathers. But those aren't the only concerns. When they accumulate and store all of our sensitive information, officials may also be arming themselves against us.

Just look at the VA.