Now That Jackie's Story Is False, Can We Be Honest About Rape and Alcohol?

In the wake of the Rolling Stone debacle, two experts examine the link between the drinking age, alcohol abuse, and campus violence. 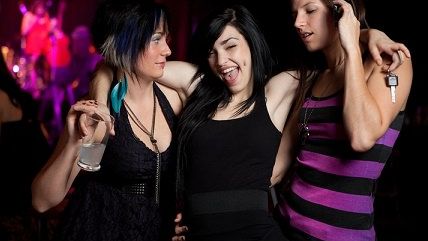 Of all the incredible details in Rolling Stone's now-discredited story about a gang rape at the University of Virginia, there was just one that struck me as unbelievable from the start. No, it wasn't the astonishingly high number of assailants, the implication that the violence was ritualistic, or the inhumane behavior of the victim's friends.

It was actually the very first thing in the story: Jackie claimed she wasn't drunk. That detail made her story unusual, given that alcohol abuse is both the issue undergirding the campus rape crisis and the problem for which there is a more obvious solution.

And yet Sabrina Rubin Erdely ruled out the influence of alcohol in the first sentence she wrote. Jackie had taken a single sip from a spiked drink, according to Erdely, and then deliberately spilled the rest onto the floor of the Phi Kappa Psi house. The story described her as "sober but giddy"—in other words, perfectly lucid enough to remember "every moment of the next three hours of agony" while she was brutally raped by nine members of the fraternity.

Her story is a false from beginning to end (thank goodness), as recent investigations by The Washington Post, Charlottesville police, and the Columbia University Graduate School of Journalism have demonstrated. But even if Jackie's story were true, it wouldn't have been a particularly representative example. Despite what Erdely would have had us believe, rape cases don't typically involve a cult of secret sociopaths executing an elaborate and premeditated ritual that necessitates luring a fully conscious victim to her doom. Reality is more boring: Alcohol abuse is almost always the real culprit.

Journalists who routinely cover campus rape stories know that most disputes involve a victim who is at least partly incapacitated from alcohol or drug consumption. Rapists, in fact, are rational actors who want to commit their crimes without a struggle and ensure that they escape punishment. It's much easier to abuse someone whose state of intoxication has rendered her unable to resist, and it's much simpler to discredit subsequent accusations if the victim's memory of the attack is foggy or unreliable.

University campuses, unfortunately, have become epicenters of excessive drinking that provide no shortage of easy marks for rapists. By some accounts, binge drinking rates on American college campuses have worsened over the past decade, even as society-wide alcohol abuse has purportedly lessened.

New York Times contributor Gabrielle Glaser, author of Her Best-Kept Secret: Why Women Drink and How They Can Regain Control, told me the reason is obvious: the federally-mandated drinking age of 21 fosters a culture of reckless, illicit drinking among teens who never learned moderation.

"Young people don't have moderate models," she said in an interview with Reason. "If you're not allowed to go buy alcohol until you're 21, what are your models going to be?"

The National Minimum Drinking Age Act (NMDAA)—passed by an alarmist Congress in 1984—forced every state in the country to capitulate to a drinking age of 21 or lose federal highway funds. The law made criminals of teen drinkers, but it didn't sap their determination to obtain booze: it merely changed where, when, and how fast they typically get drunk. Eighteen-year-old students—legal adults, in every other sense of the word—could no longer order a few drinks at a bar or buy a bottle from the local liquor store and head home, according to Barrett Seaman, a former correspondent for Time and author of Binge: Campus Life in an Age of Disconnection and Excess.

"The 21 year-old drinking age is part of the problem," said Seaman, who is also president of Choose Responsibility, a non-profit organization opposed to the federal drinking age of 21, in an interview with Reason. "It contributes to this forbidden fruit mentality. It's the only thing that differentiates an 18-year-old from all other full citizens. And I think it's built up a resentment."

Nowadays, teens have to go looking for older students to supply them illicit alcohol. They have to beg a friend's acquaintance, or check out a sketchy house party, or ask someone at a fraternity house to get them a drink, or take a swig from a mysterious trough of blended booze—even though they're not sure exactly what's in it. They can't drink out in the open, or during the day, and they down their red solo cups as fast as possible so they don't get caught by campus cops.

The inevitable result is more teens getting drunk more rapidly and in riskier environments, according to Seaman.

"College students have no trouble at all getting a hold of alcohol," he said. "I think [the drinking age] has created this atmosphere where people when they get their hands on alcohol will drink it quickly. They pregame, a term that did not exist when I was in college and the drinking age was 18. That creates the dangerous scenario."

When the law incentivizes a culture of reckless campus drinking, more students become victims of worse things than hangovers.

Even Erdely must understand this, on some level. According to the Columbia report, Emily Renda—the UVA student and sexual assault victims' advocate who introduce Erdely to Jackie—first piqued the author's interest by asserting that "many assaults take place during parties where 'the goal is to get everyone blackout drunk.'" If there was less blackout drinking, perhaps there would be fewer assaults.

But all too often, purported anti-rape activists refuse to admit that alcohol is a significant aggravating factor in the campus rape crisis. Blaming alcohol is "politically incorrect," according to Glaser, and frequently draws harsh condemnation from certain feminists who are fixated on less practical solutions. Such outrage is dishonest and unhelpful, she says.

"It's not blaming the victim," she said. "I'm saying everybody has a role here, everybody needs to be responsible."

The best way to encourage teens to drink responsibly—and safeguard themselves against campus assaults—is for Congress to repeal NMDAA. This would allow state and local authorities to try out different alcohol policies. Right now, they are all bound to de facto Prohibition—a policy that was correctly regarded as a failure when it applied to adults, but is for some reason still considered a success at preventing teens from drinking.

"By having some sort of local experimentation, maybe we could start to turn things around," said Glaser.

Seaman is also optimistic that a lower drinking age would promote saner drinking practices, based on his personal observations. He spent time living at a dozen different campuses across the U.S. while researching his book in the early 2000s. He also took up residence at one Canadian college, McGill University. The drinking age there was 18, and the students at McGill—Canadians, Americans, Europeans, and others—were far more responsible drinkers than their U.S. counterparts, he says.

We now know that Jackie's narrative is untrue. But worst of all, it's a distraction. The problem is not that rape is ritualized and campuses are brimming with sociopaths; the problem is that teens are bad drinkers who put themselves in unsafe situations—and will continue to do so, until federal policy changes.

Edit: A previous version of this article incorrectly named the Canadian university. The mistake was mine.