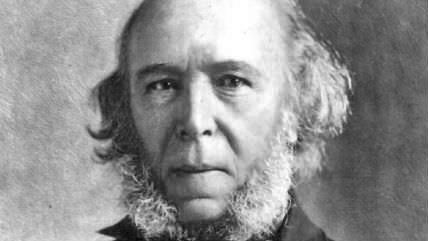 In 2010 the left-wing Center for American Progress published a monograph titled "The Progressive Intellectual Tradition in America." Its purpose was to shine an admiring spotlight on the Progressive activists of the late 19th and early 20th centuries, men and women who used government power to "promote true economic and social opportunity for all people." The problem with that monograph, as I noted at the time, was that it failed to mention the Progressive movement's widespread support for racist Jim Crow laws, sexist labor laws, and eugenics laws. It was, I concluded, "a fairy tale version of history, one that highlights what the authors see as the accomplishments of progressivism while totally ignoring anything that might detract from their lopsided narrative."

Fast forward to the present day and the Center for American Progress has produced yet another work of lopsided historical nonsense. The objective this time around is to undermine the presidential campaign of Rand Paul by attacking the libertarian influences that may have shaped Paul's thinking. "Though Paul now presents his anti-government philosophy as the antidote to a society which dooms far too many poor people of color to a life behind bars, that philosophy has far more insidious roots," asserts ThinkProgress, an arm of the Center for American Progress. What are those insidious roots? They are the classical liberal ideas of the polymath British social theorist Herbert Spencer (1820-1903), a figure whose heyday coincided with the rise of Progressivism in the United States.

According to ThinkProgress, "Spencer's own philosophy can safely be described as genocidal libertarianism" because Spencer "literally argued that the impoverished and the unfortunate should be left to die in order to purify the human race."

Did Spencer literally argue that? Of course not. It's another left-wing fairy tale. Here's why.

The idea of smearing Herbert Spencer as a proto-eugenicist is not original to ThinkProgress. It originated in Richard Hofstadter's 1944 book Social Darwinism in American Thought, in which Hofstadter falsely characterized Spencer as a sort of founding father of the eugenics movement. Forced sterilization and other collectivist eugenics measures, Hoftstadter asserted, have "proved to be the most enduring aspect" of Spencer's "tooth and claw natural selection."

Here is something I previously wrote about that allegedly offensive Spencer passage:

[It] certainly sounds rough, but as it turns out, Hofstadter failed to mention the first sentence of Spencer's next paragraph, which reads, "Of course, in so far as the severity of this process is mitigated by the spontaneous sympathy of men for each other, it is proper that it should be mitigated." As philosophy professor Roderick Long has remarked, "The upshot of the entire section, then, is that while the operation of natural selection is beneficial, its mitigation by human benevolence is even more beneficial." This is a far cry from Hofstadter's summary of the text, which has Spencer advocating that the "unfit…should be eliminated."

Similarly, Hofstadter repeatedly points to Spencer's famous phrase, "survival of the fittest," a line that Charles Darwin added to the fifth edition of Origin of Species. But by fit, Spencer meant something very different from brute force. In his view, human society had evolved from a "militant" state, which was characterized by violence and force, to an "industrial" one, characterized by trade and voluntary cooperation. Thus Spencer the "extreme conservative" supported labor unions (so long as they were voluntary) as a way to mitigate and reform the "harsh and cruel conduct" of employers.

Along similar lines, Spencer devoted 10 chapters in his two-volume Principles of Ethics to spelling out the importance of "Positive Beneficience," otherwise known as charity towards the impoverished and the unfortunate. In other words, if you bother to read what Herbert Spencer actually wrote, you will quickly discover that he never advocated anything remotely like letting the poor die in the streets.

Spencer's Progressive-minded contemporaries, on the other hand, frequently did embrace eugenics and frequently did throw their explicit support behind eugenicist measures aimed restricting or eliminating "unfit" groups from American society. The influential Progressive economist John R. Commons, for example, who served as an adviser to Progressive hero (and notorious racist) Woodrow Wilson, favored anti-immigration restrictions precisely because Commons thought those restrictions would help preserve the racial health of the white working class. Economic competition from immigrants, Commons complained, "has no respect for the superior races."

Herbert Croly, the leading Progressive journalist who founded Progressivism's flagship magazine, The New Republic, openly championed the cause of eugenics. Writing in an unsigned New Republic editorial on March 18, 1916, for example, Croly argued that, "Imbecility breeds imbecility as certainly as white hens breed white chickens; and under laissez-faire imbecility is given full chance to breed, and does so in fact at a rate fair superior to that of able stocks." The proper solution, he wrote in the magazine's editorial voice, was for Progressive-minded government officials to take eugenicist action:

We may suggest that a socialized policy of population cannot be built upon a laissez faire economic policy. So long as the state neglects its good blood, it will let its bad blood alone. There is no certain way of distinguishing between defectiveness in the strain and defectiveness produced by malnutrition, neglected lesions originally curable, or overwork in childhood. When the state assumes the duty of giving a fair opportunity for development to every child, it will find unanimous support for a policy of extinction of stocks incapable of profiting from their privileges.

And then there is Progressive icon Justice Oliver Wendell Holmes Jr. As I note in my new book, Overruled: The Long War for Control of the U.S. Supreme Court, Justice Holmes delivered his most famous majority opinion in the 1927 case of Buck v. Bell, in which he allowed the state of Virginia to forcibly sterilize a 17-year-old girl who had been raped and impregnated by the nephew of her foster mother and then committed to a state institution for the "socially inadequate." Carrie Buck, Justice Holmes ruled, was a "feeble minded white woman" whose future freedom to procreate would "sap the strength of the State." In its 2010 memorandum on "The Progressive Intellectual Tradition in America," the Center for American Progress hailed Justice Holmes as a Progressive thought leader who correctly interpreted "the Constitution as a 'living' document." Buck v. Bell was not discussed.

Here's an idea: Perhaps the Center for American Progress should spend less time lobbing false charges at libertarians and spend more time confronting its own dishonorable roots in what can safely be described as genocidal progressivism.

Related: Another Bout of Anti-Libertarian Nonsense from the Left-Wing Center for American Progress