The Real Nuclear Threat in the Middle East 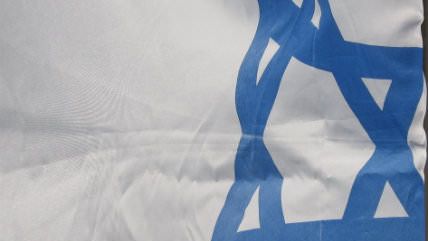 To get a sense of how badly the regime in Iran wants sanctions relief for the Iranian people, you have to do more than contemplate the major concessions it has made in negotiations with the United States and the rest of the P5+1. Not only is Iran willing to dismantle a major part of its peaceful civilian nuclear program, to submit to the most intrusive inspects, to redesign a reactor, to eliminate two-thirds of its centrifuges, to get rid of much of its enriched uranium, and to limit nuclear research. It must do all this while being harangued by the nuclear monopolist of the Middle East—Israel—which remains, unlike Iran, a nonsigner of the nuclear Non-Proliferation Treaty (NPT) and faces no inspections or limits on its production of nuclear weapons.

This is something out of Alice in Wonderland. The Islamic Republic of Iran, born in 1979, has not attacked another country. [With U.S. help, Iraq attacked Iran in 1980.] In contrast, Israel has attacked its Arab neighbors several times since its founding, including two devastating invasions and a long occupation of Lebanon, not to mention repeated onslaughts in the Gaza Strip and the military occupation of the West Bank. Israel has also repeatedly threatened war against Iran and engaged in covert and proxy warfare, including the assassination of scientists. Even with Iran progressing toward a nuclear agreement, Israel (like the United States) continues to threaten Iran.

Yet Iran is universally cast as the villain (with scant evidence) and Israel the vulnerable victim.

You'd never know that Iran favors turning the Middle East into a weapons-of-mass-destruction-free zone (a nuclear-weapons-free zone was first proposed by the U.S.-allied shah of Iran and Egypt in 1974), and beyond that, Iran over a decade ago offered a "grand bargain" that contained provisions to reassure the world about its nuclear program and an offer to recognize Israel (specifically, acceptance of the Arab League's 2002 peace initiative). The George W. Bush administration rebuffed Iran.

At the last NPT review conference in 2010, Iran renewed its support for the zone. The BBC reported at the time: "Tehran supports the immediate and unconditional implementation of the 1995 resolution [to create the zone], declares the [then] president, Mahmoud Ahmadinejad."

The United States and Israel claim in principle to support having the Middle East free of nuclear weapons—but not just yet. The Israeli government said in 2010 that implementation of the principle could occur "only after peace agreements with all the countries in the region." ABC News quoted Israeli Prime Minister Benjamin Netanyahu as saying that Israel might sign the NPT "if the Middle East one day advances to a messianic age where the lion lies down with the lambs."

That is classic Netanyahu demagoguery. As noted, the Arab League in 2002—and again in 2007—offered to recognize Israel if it accepted a Palestinian state in the occupied territories and arrived at a "just solution to the Palestinian Refugee problem to be agreed upon in accordance with UN General Assembly Resolution 194." At that point the Arab countries would "consider the Arab-Israeli conflict ended, and enter into a peace agreement with Israel, and provide security for all the states of the region"; i.e., they would "establish normal relations with Israel in the context of this comprehensive peace."

Thus Netanyahu's position is a sham. He could have peace treaties in short order if he wanted to. But, as he said before the recent elections, he will never allow the Palestinians to have their own country.

For its part, the United States "broadly agrees with Israel that conditions for a nuclear-weapons-free-zone do not yet exist in the Middle East," the BBC reported. In other words, the Obama administration slavishly takes the Israel-AIPAC line.

While politicians and pundits lose sleep over an Iranian nuclear-weapons program that does not exist—are they having nightmares of the United States being deterred by Iran?—they support Israel, the nuclear power that brutalizes a captive population, attacks its neighbors, threatens war against Iran, and refuses to talk peace with willing partners.