A Truly Egalitarian Internet: In Cuba, the Web Is Terrible for Almost Everyone

Will the country's online connection ever escape the dial-up era? 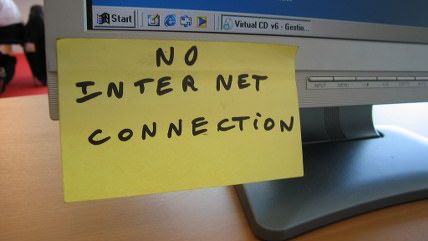 Supporters of the five-decade communist rule of the brothers Castro like to praise the island nation's universal education and access to health care, although the quality and quantity of both vary widely based on one's proximity to Havana and status among the political elite.

Yet when it comes to Internet technology, Cuba is truly egalitarian: The Internet is slow or inaccessible for almost the entire population. But that might be about to change.

Most Cubans simply have no access to the Net, and what access they do have is extremely limited. The Cuban government estimates that 25 percent of the population of 11 million has Internet access, but the watchdog group Freedom House puts that number closer to five percent. No other nation in the Western hemisphere has lower rates of mobile phone or Internet penetration. In a 2012 study, Freedom House called Cuba "one of the world's most repressive environments for the Internet," adding that "there is practically no access to Internet applications other than email, given the slowness of the country's connectivity and high prices and most users are restricted to an intranet for obtaining information."

Home Internet access is almost unheard of, and buying time on computers elsewhere is prohibitively expensive. An hour of glacially slow access at one of 118 government-sanctioned Internet hubs starts at about $5 an hour, but can run as high as $20 per hour—far more than the $5 or $6 Cubans earn each week on average. The government hopes these "cybercafés" will be a source of revenue generated by relatives of Cubans in other countries, who are willing to shell out hard currency so their loved ones can send them the occasional email.

Meanwhile, as is often the case when the supply of a product is choked off by government restrictions, markets of questionable legality have opened up for digitally derived information.

"Data mules" operate all over Cuba, shuttling hard drives loaded with the latest magazines, films, and television shows (mostly produced in the imperialist enemy nation to the north) to voracious consumers all over the island, reports Jonathan Watts in The Guardian.

Watts profiled one of these "offline Internet" couriers who "has a permit only to burn CDs" and because of the "ambiguous legal status of his business," does not even know the identity of the person who downloads the material he traffics in—nor does he want to. All the courier knows is that the privileged source has a high-speed Internet connection and is willing to profit off of it, and the impoverished inhabitants of Cuba are more than willing to pay for the one terabyte hard drives they call Paquetes Semanal (Weekly Packets).

In February, the BBC breathlessly announced, "Cuba approves first public wi-fi hub in Havana," demonstrating just how low the bar is set for the Cuban government when it comes to liberalizing access to information and technology for its citizens. The headline, however, obscures the more relevant fact that the government did not open a public hotspot to the public. Rather, authorities gave permission to the sculptor Kcho—sometimes referred to as "Fidel Castro's favorite artist"—to share the wi-fi access endowed upon him with the general public visiting his Havana cultural center building.

Allowing free, possibly unrestricted Internet access is something to be celebrated. But unless 11 million Cubans are planning on cramming themselves into Kcho's building to siphon off a single, low-powered Internet connection, this is a rather insignificant gesture by the regime.

Even if Raul Castro allowed for more information to freely flow through to the citizenry, Cuba has a bigger access problem: its non-existent Internet infrastructure. Once relying exclusively on satellites, in 2012 Cuba finally connected fiber optic cable with the outside world via Jamaica and Venezuela.

That long overdue initiative, combined with the cautious thaw of Cuba/U.S. relations, has already led to some hopeful signs that American capital can help bring Cuba's miserable '90s vintage of an Internet experience into the 21st century.

There are more reasons to be optimistic going forward. In December, the Obama administration announced that it would end the ban on U.S. exports of telecommunications equipment to Cuba. Google is reportedly trying to "woo" Cuban computer science students. In February, Netflix launched an expansion into the Cuban market. The move was not expected to generate a profit in the short term, but the company hopes it will encourage broadband development and establish the video-on-demand service with Cuban consumers before they get a taste of what choosing between two brands feels like.

When Cuba finally gets to replace its photogenic gas-guzzling 1950s station wagons with boring, energy-efficient Toyotas, the image may be less jarring, though no less uplifting, than the sight of a Cuban teenager texting obliviously on her mobile device while walking down Paseo del Prado. Give it time—it's going to happen.