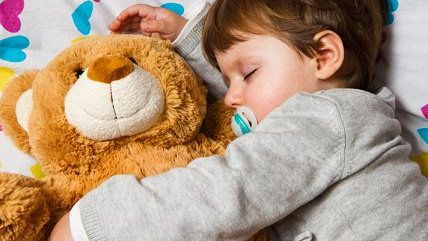 Some examples of the infantilization of students at American university campuses are so absurd that they beggar belief. But no, the University of Michigan really did cancel an upcoming screening of American Sniper after students whined that the movie was offensive. Instead, the university will show Paddington, a movie based on a children's book.

The Center for Campus Involvement, an official university organization that hosts non-alcoholic events for students, had planned to screen American Sniper at a gathering on Friday night. But this plan drew outrage from a bunch of easily offended students, including the Muslim Students' Association, according to The College Fix:

"The movie American Sniper not only tolerates but promotes anti-Muslim … rhetoric and sympathizes with a mass killer," according to an online letter circulated among the campus community via Google Docs that garnered the signatures.

The signers were mostly students, but also some staff, as well as the Muslim Students' Association and the president of Students Allied for Freedom and Equality, a Palestinian solidarity group at UMich.

The online memo, titled a "collective letter from Middle Eastern and North African (MENA) and Muslim students on campus," accused the public university of "tolerating dangerous anti-Muslim and anti-MENA propaganda" by showing the movie, the highest grossing film of 2014.

Opponents of the film's screening supplied additional reasons in interviews with The Michigan Daily:

"As a student who identifies as an Arab and Middle Eastern student, I feel that 'American Sniper' condones a lot of anti-Middle Eastern and North African propaganda," [LSA sophomore Lamees Mekkaoui] said.

She added that she felt the film was released at a time when negative attitudes toward Middle Eastern and Northern African groups were at a peak.

"It was released at a time when these anti-Arab, anti-Muslim and anti-Middle Eastern (and) North African hate crimes were already skyrocketing and this movie only contributed to that," he said.

To guard against the waves of anti-Islamic violence that would surely break across campus if American Sniper was screened, administrators substituted a different movie. Students will now be able to enjoy Paddington, which hopefully will not challenge any of their political or religious views, or inform them on culture or current affairs, in any way at all.

Though I'm surprised that Paddington isn't drawing any protests of its own. After all, the film initially garnered a "PG" rating from the British Board of Film Classification for "dangerous behaviour, mild threat, mild sex references, [and] mild bad language," according to BBC News. The producers complained that this judgment was extreme—apparently "mild bad language" referred to a single utterance of the word "bloody"—and the final warning changed "mild sex reference" to "innuendo."

But do the students at UM possess the fortitude to sit through a movie containing "innuendo" and "dangerous behaviour"? Nothing about them suggests to me that they do.

*Update: But you already know all this, since Nick Gillespie blogged about it earlier this morning.