Corporate speech is problematic for the Times, except when it's not. 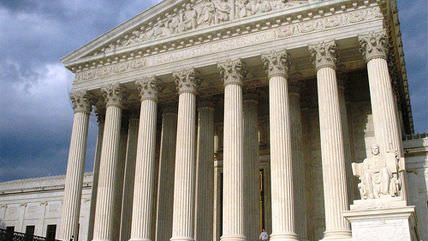 Five years ago, in the aftermath of the Supreme Court's Citizens United decision, the editorial board of The New York Times denounced the very idea of allowing for-profit corporations to engage in robust political speech. If we the people allow corporations to use "their vast treasuries to overwhelm elections and intimidate elected officials into doing their bidding," the Times declared, democracy itself will be imperiled.

I was reminded of that anti-corporate editorial today when I read the latest editorial from The New York Times' editorial board:

Big corporations like Walmart, Apple, Salesforce.com and General Electric and their executives have done the right thing by calling on officials in Indiana and Arkansas to reject "religious freedom" laws designed to give businesses and religious groups legal cover should they deny service to gay couples.

The Times then urged those big corporations to use their vast treasuries to help elect candidates who support gay rights, gay marriage, and the expansion of anti-discrimination laws.

In other words, according to the Times, it is a threat to democracy when corporate power is used to "intimidate elected officials," but it is both beneficial and applaudable when several of America's most powerful corporations throw their weight around in the hopes of influencing elected officials to take a particular side in a contentious political dispute.

Got it? Me neither.