And it's a great idea. 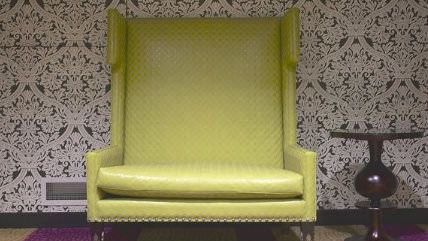 "Abortion. Yeah, we do that." That's the slogan Carafem, a new medical clinic opening in the District of Columbia, has chosen for a series of ads soon launching across D.C. Metro stations. And while advertising abortion services may be atypical in itself, that's not the only thing that sets Carafem apart. "With its natural wood floors and plush upholstery, Carafem aims to feel more like a spa than a medical clinic," reports The Washington Post.

Patients will also have the option to book appointments online and be greeted "with warm teas, comfortable robes and a matter-of-fact attitude," the Post notes. Carafem president Christopher Purdy told the paper: "We don't want to talk in hushed tones. We use the A-word."

Being unabashed about performing abortions puts Carafem in stark contrast with most abortion providers. Planned Parenthood tends to publicly downplay its abortion services in favor of emphasizing its role in prescribing birth control and performing Pap smears. This makes sense considering that the vast majority of Planned Parenthood patients are not abortion patients. But even clinics that exist solely to provide abortions tend to avoid consumer advertising and try not to draw much attention to themselves.

Surely this is, in part, for staff and patients' safety. But there's also ample hesitation—from clinics, doctors, patients, and pro-choicers more generally—to be unapologetic about abortion, lest anyone think the ladies are getting too uppity about owning their own bodies. Women who've had abortions are expected to talk about how tough the choice was. Advocates wax about it being the most difficult decision a woman will make. And politicans still promote the "safe, legal, and rare" paradigm.

Yet recently a new (or revived) rhetoric of abortion has been percolating, one that says not all women feel conflicted about the decision and abortion should be as prevalent or rare as it needs to be. It's a view perhaps best articulated in Katha Politt's 2014 book Pro, in which Pollitt argues that abortion is "an essential option for women—not just ones in dramatic, terrible, body-and-soul-destroying situations, but all women—and thus benefits society as a whole." With around one-third of women having an abortion before age 45, the way we currently discuss abortion does not reflect reality, she suggests.

Anti-abortion advocates told the Post that people will be "digusted" by Carafem clinic, and surely some will be. Yet despite the Post describing it several times as spa-like, Carafem is basicaly just creating an abortion clinic that looks and operates like other upscale medical practices. If abortion in general doesn't disgust you, then I'm not sure why offering patients a robe instead of a paper dressing gown and some tea instead of a water cooler would. And if abortion in general does digust you—well, it really doesn't matter if the waiting-room seats are plush or not, does it? Unless, of course, punishing women for their choices in as many ways as possible is also part of your agenda.