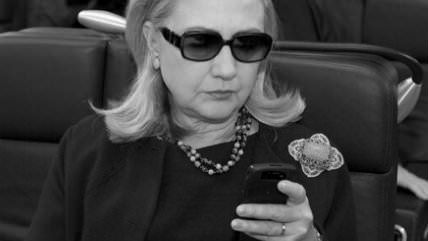 That's what Rep. Trey Gowdy (R-South Carolina), who is running the House GOP's Benghazi investigation, said over the weekend. Via The Hill:

"We learned today, from her attorney, Secretary Clinton unilaterally decided to wipe her server clean and permanently delete all emails from her personal server," Rep. Trey Gowdy (R-S.C.) said in a statement Friday.

He said while it's "not clear precisely when Secretary Clinton decided to permanently delete all emails from her server, it appears she made the decision after October 28, 2014, when the Department of State for the first time asked the Secretary to return her public record to the Department."

…"Not only was the Secretary the sole arbiter of what was a public record, she also summarily decided to delete all emails from her server, ensuring no one could check behind her analysis in the public interest," Gowdy said.

Clinton and her team continue to maintain that they did everything necessary to turn over email records, but so far, her excuses and explanations for why it took so long, and why she relied entirely on a privately owned and run system outside of the control of the State Department, have been rather weak.