But hey, you can't beat commuting on Interstate 95, right? 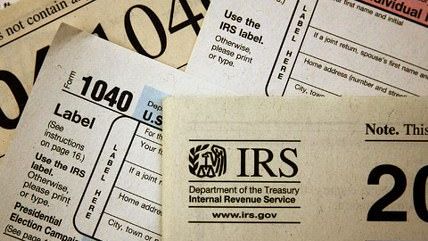 Is that 1040 form still emanating menace from its spot on your kitchen counter? Here's something to think about as you prepare to render unto Caesar, or contemplate the lucre already surrendered. Ten days from now, residents of New Orleans or Baton Rouge will, on average, have finally finished working on behalf of federal, state, and local government officials and start taking home some money for themselves. But pity their counterparts in Hartford and Stamford who will continue to labor away for Leviathan for almost another six weeks before beginning to personally enjoy the fruits of their labor.

According to the Tax Foundation's handy Facts & Figures report, Tax Freedom Day, which "represents how long Americans as a whole work into the year before they have earned enough money to pay all federal, state, and local taxes for the year," fell on March 30 in Louisiana in 2014, but didn't land in Connecticut until May 9. All other states, and the District of Columbia, fell between them.

By and large, the order in which Tax Freedom Day strikes offers few surprises; those with dates pushing into May are made up of the usual suspects—high-tax jurisdictions that mercilessly milk their suffering residents. Joining Connecticut in celebrating Tax Freedom Day on May 9 is New Jersey. New Yorkers receive their reprieve on May 4. Californians begin to work for themselves after April 30, the day after Massachusetts and Minnesota.

At the other end of the spectrum are Louisiana with Tax Freedom Day on March 30, Mississippi on April 2, South Dakota on April 4, and Tennessee on April 5.

The average for the country as a whole was April 21.

But hey, you can't beat commuting on Interstate 95, right? It's certainly worth every penny you're paying.

Facts & Figures 2015: How Does Your State Compare? from Tax Foundation