Few crooks unmask themselves in such dramatic fashion. 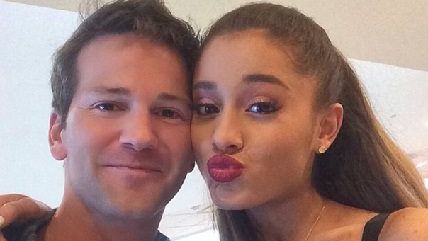 Rep. Aaron Schock will resign his seat in the House of Representatives, according to POLITICO. His statement:

"Today, I am announcing my resignation as a Member of the United States House of Representatives effective March 31," Schock said in a statement. "I do this with a heavy heart. Serving the people of the 18th District is the highest and greatest honor I have had in my life. I thank them for their faith in electing me and letting me represent their interests in Washington. I have given them my all over the last six years. I have traveled to all corners of the District to meet with the people I've been fortunate to be able to call my friends and neighbors."

"But the constant questions over the last six weeks have proven a great distraction that has made it too difficult for me to serve the people of the 18th District with the high standards that they deserve and which I have set for myself. I have always sought to do what's best for my constituents and I thank them for the opportunity to serve," he said in a statement.

It's a remarkably swift fall from grace for the youngest member of Congress, whose status as an adventurous, fit, fashionable next-gen Republican collapsed over the last few months amidst revelation after revelation about his profligate spending habits and megalomania. He redecorated his office to resemble Downton Abbey, brought a photographer with him everywhere he went, took staffers to a Katy Perry concert, and billed the American people for expensive hotels, airfare, and sporting events—raising the possibility of ethics and spending violations. National Review's Charles C.W. Cooke has called him, plainly, "a crook."

Washington, D.C. is full of such crooks, of course. But few do the American people the service of exposing themselves in such dramatic fashion—via incessant public displays of borderline sociopathic narcissism.

The mere fact that an elected representative could debase himself in so much corruption so quickly, however, isn't much of a shock (heh).