Meanwhile, in Voxland: Ezra Klein Calls on Al Gore to Run for President 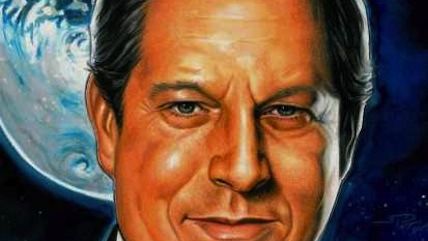 Rather than try to summarize this Ezra Klein article, I'll just post a series of quotes from it:

• "To many Democrats, the fight the party needs is clear: Hillary Clinton vs. Elizabeth Warren. But the differences between Warren and Clinton are less profound than they appear….The most ambitious vision for the Democratic Party right now rests with a politician most have forgotten, and whom no one is mentioning for 2016: Al Gore."

• "Bill McKibben, founder of the climate action group 350.org, calls Gore's work on the issue 'the most successful second act of any political life in U.S. history.' Perhaps that's hyperbole, but it speaks to the regard in which Gore is held by climate activists."

• "And there's a lot more on Gore's mind. His most recent book, ambitiously titled The Future…"

• "Gore's experience and contacts now reach beyond politics—and into venues that would be enormously helpful to him if he wanted to fund an expensive race. He serves on the board of Apple, as a senior adviser to Google, and at the mega-venture capital firm Kleiner Perkins Caufield and Byers."

• "He's made movies, written books, given speeches, testified before Congress—he's even producing a Live Earth concert with Pharrell Williams. All these venues are poor substitutes for the platform provided by a presidential campaign…"

• "Gore cares enough about what comes next that he literally titled his last book The Future."

Yes: The title impressed Klein so much that he mentioned it twice.