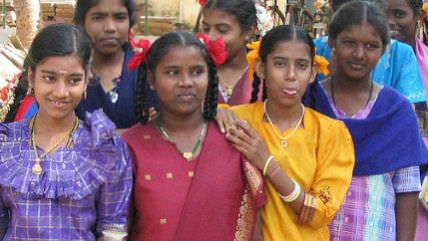 gang rape and murder of a 23-year-old med student in New Delhi. It is accusing the documentary of being part of an international conspiracy to defame India. Udwin is calling on the government to call off its foolish ban, pleading that her point was not to single out India, but highlight a global problem. In fact, she says, she loves the country and wanted to "put it on a pedestal." Why? Because rape exists everywhere, she maintains, but India alone arose in spontaneous mass protest against Jyoti's rape, deeply moving Udwin, herself a rape victim.

But I note in my column in TIME that such sentiments might sound noble but their false equivalence does a real disservice to Indian women.

One of the controversial aspects of the film, which is genuinely terrific and responsible, were its interviews with the rapists and their lawyers:

Without a hint of remorse, a soft-spoken Singh (one of the rapists), calmly tells Udwin that a woman is more responsible for rape than a man. Decent girls — 20% of the population, in his estimation — dress modestly and don't stay out until 9 p.m. like Jyoti did. Furthermore, she should not have resisted the rape because then his pals (he insists he only drove the bus while they raped her and violated her with an iron rod) would not have been so brutal.

But even worse than these statements by Singh — a poor, uneducated man who lived in a slum of rural migrants steeped in backward mores (much of which Udwin does a great job of drawing out) — were the comments of his educated, city-dwelling lawyers. One of them asserted that he would have no compunctions about dousing his sister or daughter with petrol and burning her in front of his entire family if she engaged in pre-marital activities…

Most Western countries, including the United States and Udwin's own England, have made far more progress in beating back retrograde patriarchal notions that feed violence against women than India and other traditional societies. For starters, the views expressed by Singh and his lawyers are commonplace in India — but anomalous in America. Udwin would have to drill into the subterranean reaches of America before finding a man willing to spew such bile…

Udwin's original promos for the film had promised to highlight worldwide rape statistics to draw attention to the global scope of the problem. The final film omitted them (at least the version I saw), which is just as well because such statistics mislead more than they enlighten.

India's official rape statistics registered 1.8 rapes per 100,000 people in 2010, compared with the United States' 27.3 in 100,000. But everyone knows that rape is massively underreported in traditional societies, where there is a strong stigma attached to victims. Moreover, the definition of rape is much broader in America compared to India, where marital rape wasn't even considered rape until recently. Perhaps most importantly, whatever problems the U.S. and UK have in prosecuting rape, India's criminal justice system is virtually incapable of arresting and prosecuting rapists in a timely manner — when such arrests and prosecutions are made at all.

Ignoring the strides that some countries have made in safeguarding women and their rights may be politically correct. But such false equivalence doesn't help Indian women. If even rich, advanced countries can't protect their women, it seems to say, then it's no big deal if a poor, developing one like India can't either.

Go here for the whole thing.