ISIS, Communism, and the Lure of Violent Utopianism

Jihadi John is nothing new. 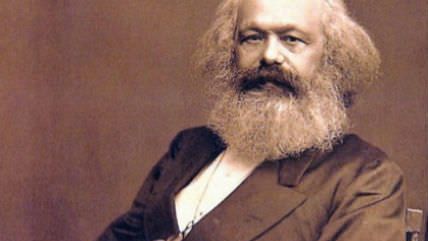 â€œNihilists! . . . I mean, say what you will about the tenets of National Socialism, Dude, at least itâ€™s an ethos.â€ So proclaimed Walter Sobchak in The Big Lebowski, and Americans stunned by the horror of the Islamic Stateâ€™s barbarity could be tempted to think the same. The Nazis were totalitarian monsters, but at least they believed in something, no matter how evil. Whereas ISIS is simplyâ€"in Secretary of State John Kerryâ€™s wordsâ€"â€œinexplicable, nihilistic, and valueless.â€ Particularly mystifying to some is how people such as Mohammed Emwazi, the Islamic State butcher known as Jihadi John, could join such a movement despite growing up in comfortable circumstances in London and getting a university degree in computer programming. Nor is he alone. Many of those drawn to ISIS are intelligent, educated and economically well-off. What drives them to chop off peopleâ€™s heads?

The horrible truth is that ISIS and its converts, such as Jihadi John, represent nothing new in the modern era. The movement is not inexplicableâ€"a recent essay in The Atlantic explicated it well, albeit controversially. It is not valueless; it champions the values of one very strict reading of Islam. And it is not nihilistic. A nihilist is someone who believes there is nothing to believe in. The fanatics of the Islamic State, however, believe very strongly in the absolute rightness of their own Utopian vision for the world.

Absolute belief renders ISISâ€™ atrocities not only explicable but seemingly almost mandatory. After all, if you hold the keys to the perfection of life on Earth, then anyone who stands in your way is actively depriving everyone else of that outcome and thereby ensuring the continued suffering of millions. Eliminating such people therefore serves the good of all mankind. (And the grisly beheadings, crucifixions, immolations? They can be justified on the same grounds as the bombing of Hiroshima and Nagasaki were: They will shock and awe the enemy into an earlier surrender, and thus save lives in the end. Mercy becomes a justification for cruelty.)

None of this is new. A century ago another Utopian movement behaved very much the same.

The communist revolution led by Vladimir Lenin committed a reign of terror just as heinous and unbridled as the Islamic Stateâ€™s. The Chekaâ€"a secret state police force created by Lenin and a precursor of the KGBâ€"was tasked with liquidating all those suspected of opposition, including clergy, the children of military officers and the well-to-do. It butchered thousands of innocents and inflicted ghastly tortures, from skinning victims alive to tying them to boards and pushing them slowly into furnaces.

Such savagery was not an aberration; it was policy. â€œFreedom is a bourgeois prejudice,â€ Lenin declared.

â€œIn our opinion, morality is entirely subordinate to the interests of the class war. Everything is moral which is necessary for the annihilation of the old exploiting order and for uniting the proletariat. Our morality consists solely in close discipline and conscious warfare against the exploiters.â€

Nor did such savagery end with the consolidation of power. It continued for decades. From Stalinâ€™s purges and the Gulag archipelago to Chairman Maoâ€™s great famine (which killed at least 36 million) to the firing squads of the Cuban revolution, to the killing fields of Cambodiaâ€"where the Khmer Rouge butchered more than a million people for such crimes against the proletariat as wearing glassesâ€"the red tide of Communism bathed the world in blood for much of the previous century. Estimates put its final death toll at close to 100 million.

And yet many here in the West showed great sympathy for such barbarity, because they thought the Communists had the right idea. Seduced by the Utopian vision of a classless society where every need is cared for, many in the West ignored, diminished or simply refused to believe the brutal facts on the ground. Not only at first, but up to and even after the collapse of Communism.

The Soviet Union was â€œbound together by a dream,â€ according to a TBS documentary near the end of Ronald Reaganâ€™s presidency. Fidel Castro has â€œdelivered the most to those who had the least,â€ reported Peter Jennings from Havana. American skepticism of Communism was â€œunfairâ€ because the ideology â€œnever had a fair chance,â€ said Andy Rooney on 60 Minutes. In Communist Russia, â€œyou never saw faces like these: the poor, the homeless, and the desperation of the Russian winter,â€ said Barbara Walters in 1992, after the fall of the Soviet Union. â€œIs this what democracy does?â€ Two years later Morton Dean of CBS said the â€œworkersâ€™ paradiseâ€ of the former Soviet Union had become â€œa homeless hell.â€

This was fairly standard fare for decades. Yet now people shake their heads and wonder how anyone could express sympathy with the Islamic State. Well, some in Muslim lands do, and many peopleâ€"people of good backgrounds with good educations and plenty to eatâ€"have been seduced by the Islamic Stateâ€™s radical vision. Many more will be. Just as many were seduced by Communismâ€™s radical vision. The ideology of ISIS might not be Marxist, but the appealâ€"paradise on Earthâ€"is the same. And so is the result: paradiseâ€™s opposite.

For all of Communismâ€™s crimes, it is not unusual to see Chairman Mao turned into an object of kitsch, or to see Che Guevaraâ€™s profile hanging from a dorm window. Perhaps, if the Islamic State solidifies its caliphate, one day posters of Jihadi John will join him.