The feds take up to 10 years to handle whistleblower retaliation complaints, and toss many out for bureaucratic reasons 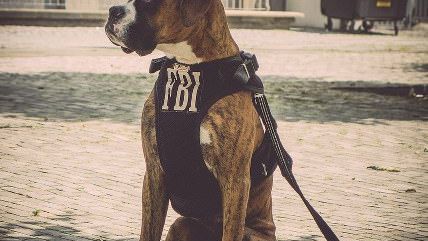 The FBI takes up to 10 years to handle whistleblower retaliation complaints, warns the U.S. Government Accountability Office (GAO). Worse, many of the complaints are tossed in the trash because the initial disclosure of wrongdoing—that puff on the whistle, so to speak—was made to somebody (often a supervisor) other than one of nine officials formally designated as worthy of such information. That lack of protection for reports to officials outside the anointed nine isn't even made clear to FBI employees, leaving them working in an environment where reports of wrongdoing seem to draw nasty consequences as a matter of course.

This, frets the GAO with much justification, may have a bit of a chilling effect on FBI employees who want to see wrongs put right.

Reading between the lines, the FBI seems to have an informal "no snitching" policy. Even when it ultimately supports whistleblowers, it seems to drag the matter out long enough for complainants to abandon their careers or die. Cautions the GAO in a report released Monday:

Whistleblowers help safeguard the federal government against waste, fraud, and abuse—however, they also risk retaliation by their employers. For example, in 2002, a former FBI agent alleged she suffered retaliation after disclosing that colleagues had stolen items from Ground Zero following the September 11, 2001, terrorist attacks. DOJ found in her favor over 10 years after she reported the retaliation.

In that case, by the time her complaint was approved, Agent Jane Turner had long since retired from the Bureau after negative performance reviews and threats of dismissal. Staying in her job would have required a decade of career purgatory (if she wasn't actually fired) waiting for vindication.

Any FBI agent who steps outside that dotted line—say, by giving a heads-up to a trusted boss—"is not protected and the person does not have a right to recourse if the individual should experience retaliation as a result." That's right, it's open season on their asses for reporting fouls by colleagues without going through the (very narrow) proper channels. FBI agents don't necessarily even know that, since "DOJ and FBI guidance is not always clear that FBI employees reporting alleged wrongdoing to a supervisor or someone in their chain of command may not be a protected disclosure."

This is a pretty big problem, says the GAO. "By dismissing potentially legitimate complaints in this way, DOJ could deny some whistleblowers access to recourse, permit retaliatory activity to go uninvestigated, and create a chilling effect for future whistleblowers."

Actually, looking over the complicated bureaucratic maze set up by the Department of Justice and the FBI for whistleblowers, that would seem to be an intended outcome.

Below, NSA whistleblower William Binney found that shitty attitudes toward reporters of wrongdoing extend throughout the federal government.