University of Michigan Spends $16,000 Telling Students Not to Say Offensive Words, Like 'Crazy'

Everything is offensive to someone, so shut up! Says U-M 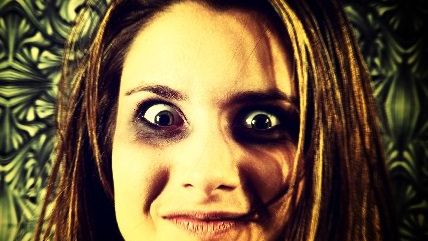 On their way to class each day, students at the University of Michigan encounter banners and posters warning them against using non-inclusive language like "that's so gay," or "retarded." The full-list of inappropriate phrases includes less obviously offensive things, like "I want to die," and "that test raped me"; it also includes downright inoffensive words like "crazy" and "insane."

It gets worse. The effort previously included a clothesline of hurt feelings where students were asked to respond to the prompt "Would say this…?" with "if you knew that…" and then give an explanation. A sampling, courtesy the Inclusive Language Campaign's Facebook page:

Would say you this…? "We/I just need to work the kinks out." If you knew that… "this sentiment is rooted in racism—kinky hair is beautiful. Natural hair is powerful. Hair is political and so is "the pesonal.""

Would you say this…? "Can you teach me how to twerk?" If you knew that… "People of privilege consume, appropriate, and reject the culture of minority communities at their convenience when it's "trendy.""

Would you say this…? "Don't be a wuss—take some shots" If you knew that… "my father was an alcoholic."

These sentiments aren't really objectively offensive at all—they are merely offensive to someone for reasons no other person could know up front. By this low standard of offendedness, absolutely every expression in the English language would be objectionable to somebody, somewhere. Aside from the obvious problem of teaching students that they should be walking on eggshells all the time, isn't conflating actually racist statements with the above a tad bit, um, offensive?

The campaign asks students to pledge not to say offensive things to each other. It's reminiscent of the University of California-Davis "Words that Hurt" activity, with the crucial distinction that participation in UM's program is voluntary. It did cost the university $16,000 to implement, however. According to The College Fix:

Though only in existence for one semester, the Inclusive Language Campaign has maintained a strong presence throughout the university. Students roaming the campus frequently encounter posters of all sizes reminding them: "YOUR WORDS MATTER," and asking questions such as: "If you knew that I grew up in poverty, would you still call things 'ghetto' and 'ratchet'?"

Representatives of the Inclusive Language Campaign did not respond to repeated requests for comment from The College Fix.

Junior Kidada Malloy, who helps promote the program on campus, told the Michigan Daily the campaign "is a great program because it will improve the day-to-day language of students on campus by providing education around words that are offensive."

"This program is intended to be educational, not regulatory," Fitzgerald said of the campaign. "We hope there is only the understanding that we all participate in, and have the power to influence campus culture." …

Asked if the campaign stifles free speech, Fitzgerald said "we believe this program has just the opposite effect."

"We believe it will make discourse more constructive by respecting the views and perspectives of others," he said. "A campus conversation about the impact of words is good for everyone."

I see little evidence that the conversation is anything but one-sided. The message of these campaigns often seems to be, when in doubt, say nothing! That's hardly the right lesson for a university to impart to its students.