It was a classic bait and switch on the American public 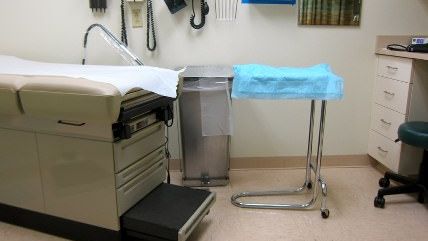 It was a classic bait and switch.

To increase the ranks of Americans with health care coverage, the Affordable Care Act relied in part on expanding the rolls of Medicaid patients around the country. To make that an even slightly credible policy proposal, there had to be doctors ready and willing to see the influx of taxpayer-subsidized patients. But notoriously low Medicaid reimbursement rates were known as something of a doctor repellent. What to do? How about improving reimbursement to providers? And that's what the federal government did—for two years. A recent study says it worked too, improving Medicaid patients' ability to get appointments.

Which raises some questions about what will happen to those new enrollees and their access to doctors, now that the two-year federal boost is over and Medicaid in most states has reverted to paying the old rock-bottom rates.

The study, published in January in the New England Journal of Medicine, found that "availability of primary care appointments in the Medicaid group increased by 7.7 percentage points, from 58.7% to 66.4%, between the two time periods. The states with the largest increases in availability tended to be those with the largest increases in reimbursements, with an estimated increase of 1.25 percentage points in availability per 10% increase in Medicaid reimbursements."

That would seem to demonstrate that basic economic laws are still in effect; if you're willing to pay more for something, you can get more of it. But As of January 1, 2015, physicians are seeing "an average 42.8 percent reduction in fees for primary care services," according to the Urban Institute. Some states are making up all or part of the fee bump, but that's a big chunk of change, and the money isn't readily at hand—especially since the patient pool (with related costs) was deliberately expanded by increased enrollment in Medicaid. States already found the program to be gobbling up unaffordable chunks of their budgets. So…now Medicaid is paying less for medical services. And the laws of economics are a little harsh, supply-wise, when that happens.

Note that "increased" access to appointments was also a relative improvement. When the Inspector General for the Department of Health and Human Services went checking last year on the availability of appointments under Medicaid managed care programs "We found that slightly more than half of providers could not offer appointments to enrollees. Notably, 35 percent could not be found at the location listed by the plan, and another 8 percent were at the location but said that they were not participating in the plan. An additional 8 percent were not accepting new patients."

NJ.com has an interesting take on what Medicaid can be like for that flood of new enrollees who find themselves with health care coverage, but not so much actual health care. It discusses the ordeal of Justin Holstein, who suffers from chronic migraines and spent a year on New Jersey's version of Medicaid.

"You have a card saying you have health insurance, but if no doctors take it, it's almost like having one of those fake IDs," he said. "Your medication is all paid for, but if you can't get the pills, it's worthless."

You know who doesn't take Medicaid? Holstein's father, a psychologist. The government program pays too little.

"I'm still listed as participating, but I no longer take patients," he said. "I won't."

Expanding health care coverage via Medicaid and temporarily boosting the availability of providers willing to see patients through the program was bait for a voting public looking for an easy fix. Now, though, we get to see the switch.

Note: My wife is a pediatrician who sees many Medicaid patients as part of her practice in rural Arizona. She anticipates a roughly 30 percent drop in reimbursement for them.