Despite government interference, the teens lined up five jobs. 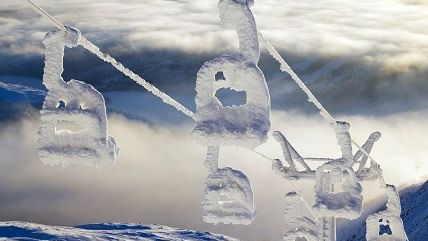 What could be more suspicious than two thugs skulking around a suburban neighborhood at night under cloak of snow?

That's apparently what some red-alert citizen of Bound Brook, New Jersey, thought when he or she called the police to investigate this danger… that turned out to be two high school seniors handing out fliers for their snow-shoveling enterprise.

You'd think that would be the end of that, but no. As MyCentralJersey.com reports, the two kids were then pulled over by a cop and told to stop:

The story was shared on a popular Bound Brook Facebook group by a resident who saw [teenager Eric] Schnepf being questioned by police after coming to his door.

"Are you kidding me? Our generation does nothing but complain about his generation being lazy and not working for their money," he wrote on Bound Brook NJ Events' page. "Here's a couple kids who take the time to print up flyers, walk door to door in the snow, and then shovel snow for some spending money. And someone calls the cops and they're told to stop?"

The officer claimed he wasn't bothering the teens for running an unlicensed business, but rather, because of the hazardous weather conditions. Philly.com reports:

Police Chief Michael Jannone… says the officer told the teens it wasn't safe to be out after a state of emergency was declared. The chief says the officer's concern was about their safety and not that they weren't licensed to solicit business.

That actually makes some sense, except that if the weather got too terrible, my guess is the young men in their own neighborhood would simply pack it in and go home. Still, writes MCJ reporter Sergio Bichao:

The teens took the incident in stride and said that police told them that they only needed permission to go door to door, but were still allowed to shovel walkways if residents called them.

"The cops were nice about it. They weren't jerks. They were trying to make sure everything is OK," [Matt] Molinari said Tuesday.

And it was: Despite government interference, the teens lined up five jobs.

As the mom of a strapping young man who spent yesterday frolicking in the park rather than doing homework for college, I salute them!