State of the Union 2015: Magical Pain-Free Prosperity For Everyone! 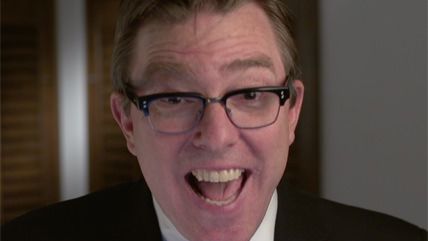 President Barack Obama's 2015 State of the Union address was an important reminder that few professions in these United States of America are as profoundly immune to basic learning curves then that of politicians, speechwriters, and bureaucrats. It was a speech that bragged about the booming economy at a time when the labor-force participation rate is the worst it's been since Jimmy Carter was president. It called for "everyone to get their fair shot," three years after this same president called for "everyone to get their fair shot." And it championed a series of "free" programs and initiatives that will magically create pain-free prosperity for everyone, without any tradeoffs.

Obama's economics are stuck in the 1970s, without the added benefit of wide lapels and airline deregulation. He has dropped all pretense of what he was promising in 2009 – a net spending cut, closing Guantanamo Bay, reforming entitlements. His ideas are so tired that the climax of his speech—literally—was to let a grateful nation know that he still believes the same stuff he said in a speech 10 years ago.

The good news is that everyone will have forgotten this turd sandwich by the end of the week. The bad news is that he's still the president, they're still the Congress, and we'll be back again for more drivel next year.