Does Formaldehyde Make E-Cigarettes Worse Than the Real Thing?

Researchers use an unrealistic test to imply that vaping causes cancer. 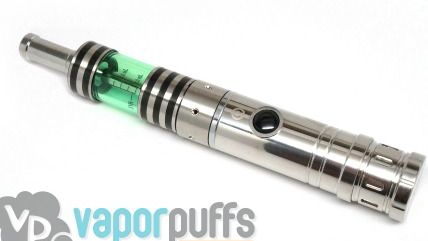 A letter published by the New England Journal of Medicine yesterday reports a study in which researchers analyzed the aerosol produced by an e-cigarette tank system (a refillable vaporizer with a variable-voltage battery) and "did not detect the formation of any formaldehyde-releasing agents." Naturally, this finding seized the attention of news outlets around the country, leading to headlines such as "No Formaldehyde in Ecig Vapor" and "Study Confirms That Vaping Is Safer Than Smoking."

Just kidding. For some reason, reporters latched onto another result from the same study, suggesting that a vaper could inhale more than four times as much formaldehyde as a pack-a-day smoker. That finding led to headlines such as "E-Cigarettes Can Produce More Formaldehyde Than Regular Cigarettes, Study Says" and "E-Cigarette Vapor Filled With Cancer-Causing Chemicals, Researchers Say."

According to the researchers, the difference between those dramatically different results was the voltage setting. At low voltage, the tank system produced no formaldehyde; at high voltage, it produced lots of formaldehyde. But as Michael Siegel, a professor of public health at Boston University, points out on his tobacco policy blog, the conditions in the latter test were unrealistic, leading to overheating that would make a human vaper, as opposed to a machine, stop puffing:

The wattage being used was so high that the vaporizer was overheated…creating a horrible taste which a vaper could not tolerate. This is sometimes referred to as the "dry puff phenomenon."

Based on calculations by Dr. Konstantinos Farsalinos [a leading e-cigarette researcher] from data provided in the article, the resistance was no higher than 1.7 ohms. At a voltage of 5.0V, the wattage would be 14.7W. That is in the "red zone" where the vaporizer is being overheated and where, for a conventional e-cigarette, the coils would likely be damaged or burned.

Essentially, what this study demonstrates is that if you overheat a vaping system, it will produce high levels of formaldehyde. However, such conditions are not realistic, as they could not be tolerated by an actual vaper. Therefore, extrapolating from this study to a lifetime of vaping is meaningless.

The researchers extrapolated anyway, estimating that vapers might face a formaldehyde-related cancer risk "5 times as high…or even 15 times as high…as the risk associated with long-term smoking." Later one of the researchers conceded that such speculation was a bit premature. "It's way too early now from an epidemiological point of view to say how bad [e-cigarettes] are," James Pankow, a professor of chemistry and engineering at Portland State University in Oregon, told NBC News. "But the bottom line is, there are toxins, and some are more than in regular cigarettes. And if you are vaping, you probably shouldn't be using it at a high-voltage setting."

The implication—that vapers in the real world are apt to generate levels of formaldehyde similar to those generated by Pankow et al.'s machine—is highly misleading. "By setting their machine to repeatedly take three-to-four-second puffs at 5.0 volts, the researchers overheated the vaporizer," says Bill Godshall, executive director of Smokefree Pennsylvania. "Vapers call this the 'dry puff phenomenon' and don't do it due to the very harsh and awful taste. By making a false assumption and by multiplying that false assumption over and over, the researchers got it all wrong. There is no scientific evidence that e-cigs increase risks for cancer or any other disease."

Pankow told NBC "we are not saying e-cigarettes are more hazardous than cigarettes," although that is the impression left by the NEJM letter. He noted that "we are only looking at one chemical" out of the thousands that can be found in tobacco smoke, of which hundreds are toxic or carcinogenic. "The jury is really out on how safe these drugs are," he said. According to Reuters, "Pankow conceded that the study could have contained more context about overall relative risk, but said the authors 'just wanted to get it out.'"