Culture-war scuffle of the day 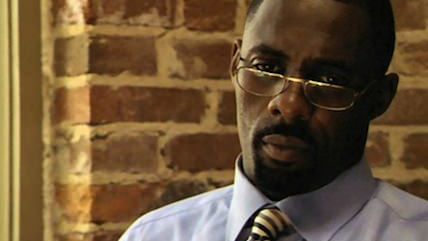 There's a notion floating around that Idris Elba should play James Bond. Elba is black, so the idea rapidly devolved into a culture-war scuffle about whether it would be OK to have a Bond who isn't white. No one has actually hired Elba for the part, so this is the purest, fiercest sort of culture-war battle: the completely hypothetical argument with absolutely nothing at stake.

1. I stopped caring about the James Bond movies when Roger Moore left the franchise, so I'm not all that interested in who gets the job.

2. But: Sure. Idris Elba is a good actor, so why not? If he played Bond, I might actually pay to watch it.

3. In a franchise that cared about continuity, suddenly changing your lead character's race could be a problem. But at this point the Bond of the Ian Fleming novels would be about 95 years old, so it's safe to say we're dealing with one of those figures, like Sherlock Holmes or Dracula, who is regularly reimagined in different hands. (Note: Thanks to Morgan Freeman and The Electric Company, when I was a kid I thought of both Holmes and Dracula as black.)

Would it be difficult to reconcile a black Bond with some of 007's old character traits? Well, I have a hard time imagining Elba as the James Bond of this passage from Fleming's Diamonds Are Forever…

"Be right with you," said the Negro casually, his big feet slapping against the wet floor as he sauntered off about his business. Bond watched the huge rubbery man, and his skin cringed at the thought of putting his body into the dangling pudgy hands with their lined pink palms.

Bond had a natural affection for coloured people, but he reflected how lucky England was compared with America where you had to live with the colour problem from your schooldays up. He smiled as he remembered something Felix Leiter had said to him on their last assignment together in America. Bond had referred to Mr Big, the famous Harlem criminal, as "that damned nigger." Leiter had picked him up. "Careful now, James," he had said. "People are so damn sensitive about colour around here that you can't even ask a barman for a jigger of rum. You have to ask for a jegro."

The memory of Leiter's wisecrack cheered Bond up.

…but I think most of us can agree that the series is better off without that kind of crap. Felix Leiter, by the way, has now been played by at least two black actors, Jeffrey Wright and the great Bernie Casey. If Leiter can change races, his partner in racial snickering can too.

Next debate: I think Harry Dean Stanton would make a fine Doctor Who. Who's with me?