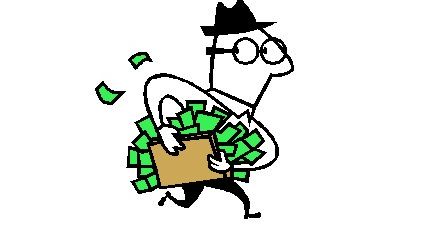 State Auditor Elaine Howle's latest investigative report detailing whistleblower-prompted "allegations of improper governmental activities" could be easy to shrug off given the reality of the human condition. Some people behave badly, whether they work for state government or anywhere else.

But the report's "substantiated" allegations – involving the "theft of state funds, waste of public resources, improper … travel expenses" and the like – provide a window into the way California agencies deal with, or don't deal with, problem employees.

The first case involves a manager at the State Water Resources Control Board who the report said embezzled $3,500 in state funds and then proceeded to cover it up.

She directed "a moving company under contract with the state to take the surplus property to a local recycling center … instructing the movers to obtain payment in cash. … She then took the cash to her house," according to the report. After finding out about the investigation, the manager filed "a police report stating that someone had broken into her personal vehicle and stolen the funds."

Again, people do bad things. The department's bureaucratic response, however, is disturbing. After being caught, the manager repaid $2,518, but "still owes the water board $994 in recycling proceeds." Her punishment: "Prior to the completion of our investigation, the manager transferred to another state agency."

The auditor recommends "reasonable efforts to recover" the money and contacting the agency she now works for "to make certain the manager is not in a position to misuse or embezzle additional state funds." It also suggests a new recycling policy. The water board agreed to implement these ideas, including the no-duh suggestion of contacting the district attorney.

Had an employee in the private sector been suspected of embezzlement, that employee almost certainly would have been fired and probably arrested – not transferred to a different department. In the bureaucracy, it takes a time-consuming investigation to get officials even thinking about some obvious responses.

"For a misbehaving public employee, it's a win-win situation," said Richard Rider, chairman of the San Diego Taxfighters. "If you get caught, the downside is very little." Given the report, Rider's statement doesn't appear to be an exaggeration.

In another case, an Employment Development Department employee lived in Sacramento but had a job based in the Los Angeles area. Her supervisors inaccurately designated her work headquarters as Sacramento, according to the report, thus allowing her to improperly collect almost $27,000 in travel expenses. The result: She retired from the state and began collecting her pension. The auditor suggested training ideas to fix the problem. Seriously.

In yet another case in the report: "After lying to his manager about needing to telecommute so that he could care for his ailing mother, a full-time employee at the Department of Industrial Relations … took advantage of his manager's neglect of his supervisory duties … to work a second full-time job." He was paid more than $12,000 for hours he never worked. So the department placed a memorandum in his personnel file and gave his neglectful manager a "counseling memorandum … rather than an adverse action."

The latter would have been "too harsh," officials said, given the department lacked "an effective telecommuting policy."

These cases were investigated under the California Whistleblower Protection Act, but the situation it documents is common. In one case revealed last year, the auditor reported that Caltrans employees falsified data testing the safety of California bridges – something that could have had life-threatening consequences had any bridge been prone to failure.

One employee "linked to much of the falsified data" was allowed "to retire with full benefits," the Sacramento Bee reported, noting it will be hard to stop him from getting other state employment given "all references to (his) misconduct were removed from his personnel records."

The state needs more oversight, but Senate President Pro Tempore Kevin de Leon, D-Los Angeles, announced this month he is shutting down the Senate's Office of Oversight and Outcomes, which reported on the misuse of state funds at various agencies. Then again, what's the difference? Employees caught misbehaving don't seem to face serious consequences.