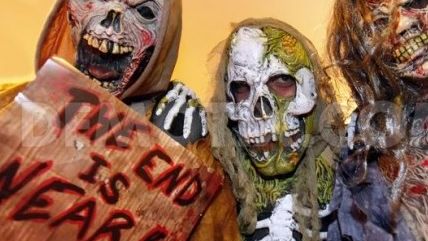 Every good politician knows there's only one sure way to get people to support you: scare the hell out of them. From ISIS to weed-laced candy, there was much for you to fear during the 2014 midterm elections–according to the people running for office and the pundit class.

Watch as the kids from Nickelodeon's "Are You Afraid of the Dark?" learn the true meaning of terror: election-year rhetoric. Because the only thing scarier than shameless fearmongers is the Tale of the Ebola-Infected Mexican ISIS.