Democratic centrism returns from the dead.

Peter Suderman | From the January 2015 issue 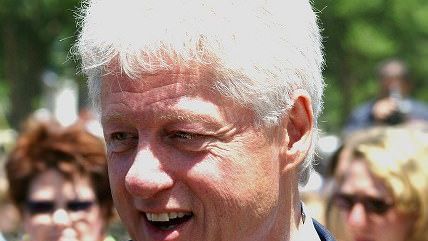 When Bill Clinton was first elected president in 1992, he was widely viewed as an avatar of the New Democrats, a relatively moderate coalition that had grown in response to the perception that the party had tilted too far toward the left. New Democrats thought of Clinton's victory as their biggest success, or at least they did until he took office, according to Joel Kotkin's February 1995 reason article, "The Center Folds."

Two years in, Clinton's presidency represented a "fundamental betrayal of the New Democrat agenda by the very president whose ascendancy was thought to put the movement's ideas on the political fast track," Kotkin wrote. Clinton ran "as a New Democrat but [governed] as an old one," putting the Democratic Leadership Council (DLC)-the movement's central organization -in "an untenable position" thanks to its members' "personal associations and past associations with the president." Left-wing Democrats who abandoned the DLC agenda, wrote Kotkin, would "only serve to destroy the party as a serious national force."

Almost 20 years later, the left wing of the party is considerably stronger. But the party's march toward progressivism didn't destroy it. Instead, it led to a series of sweeping national victories, culminating with the election of President Barack Obama in 2008 and again in 2012.

But the good times for liberalism may be on the verge of ending. Going into the 2014 midterm election, there was no question that Republicans would gain seats in Congress-the only question was whether the GOP would regain control of the Senate. Meanwhile, Obama's overall poll ratings have been trending downward since late 2012, with Gallup reporting a record low in September, when just 38 percent of the public said it approved of the job he was doing. Surveys show low public support for the president's specific handling of health care, the economy, and foreign policy as well.

Democrats in tight races tried to avoid association with their party's leader. In the run-up to the election, Obama's policies were so widely disliked that it was seen as a gaffe when he said that his "policies are on the ballot" this fall.

And who did the party turn to for support? None other than Bill Clinton, who campaigned for Democratic candidates and begged voters not to cast protest votes against the president.