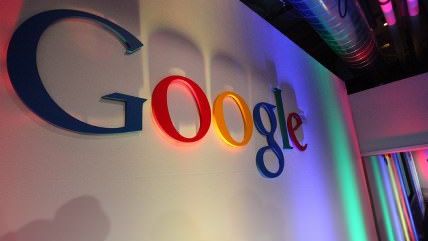 Spain's attempt to extract money from Google to transfer over to media outlets inside the country are going to fail, but it will be consumers who will suffer for it. The country passed a law permitting—no requiring—news publishers to demand payment for having even small portions of their text aggregated by others online. There are a lot of sites that do this, but certainly Google News is a top provider, particularly for anybody looking for news coverage in or from other countries.

It looks like we'll have to find other sources to help keep track of news about Spain. In response to the legislation, Google is not going to be handing over money to Spanish media outlets because the excerpted a couple of sentences and provided a link. Instead they're going to dump Spanish media off their news search. From Richard Gingras, head of Google News:

This new legislation requires every Spanish publication to charge services like Google News for showing even the smallest snippet from their publications, whether they want to or not. As Google News itself makes no money (we do not show any advertising on the site) this new approach is simply not sustainable. So it's with real sadness that on 16 December (before the new law comes into effect in January) we'll remove Spanish publishers from Google News, and close Google News in Spain.

For centuries publishers were limited in how widely they could distribute the printed page. The Internet changed all that—creating tremendous opportunities but also real challenges for publishers as competition both for readers' attention and for advertising Euros increased. We're committed to helping the news industry meet that challenge and look forward to continuing to work with our thousands of partners globally, as well as in Spain, to help them increase their online readership and revenues.

It means that readers not just in Spain but in other countries will be unable to use Google News (and possibly other search service either) to keep track of news coming out of the country. Intellectual property and Internet law expert David Post wondered what could happen next in The Volokh Conspiracy blog over at The Washington Post:

Google's pullout does not, necessarily, mean that it will avoid liability in Spain.  One can easily imagine a scenario under which a Spanish court could say:  Google is still doing business "in Spain," because news.google.com (not to mention all the other Google sites and services) are still accessible to Internet users in Spain. And what about those Spanish publishers that don't get identified as such by Google's filters – if their snippets show up on news.google.com, won't they have a remedy in Spanish court?  And I'm no expert on the content of Spanish law, but many copyright laws around the world (including, notably, our own) protect works, not people – a work written by a Frenchman and published in Japan gets precisely the same protection under US law as something I write and publish in Washington DC.  If Spanish law works that way, then news.google.com is still infringing even after it removes "Spanish" publications, and it is doing so "in Spain" (because its sites can be accessed there).  [If this sounds far-fetched, it's not—this is precisely the kind of "extraterritorial application" of law that the EU, in its official guidelines, has endorsed in regard to the "right to be forgotten."]