Will the Supreme Court End Gay Marriage as an Election Issue? 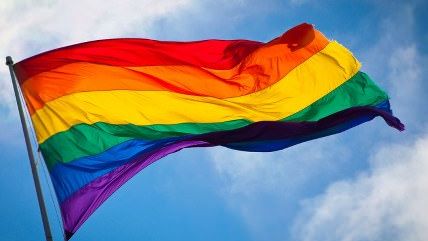 If the Supreme Court takes up one of the gay marriage recognition cases coming from the states (now that there's a split in one federal district) within the next year, it could potentially take it off the table as an election issue in 2016. Actually, that would only be the case if the Supreme Court rules in favor of mandating the states recognize gay marriages. Otherwise (if the court affirms the authority of states to ban recognition) the issue will likely bounce back to the states and throw into disarray all the federal rulings about gay marriage for the past year.

Putting gay marriage into the court's hands may make it much less of a political issue come 2016. There will be no more ballot initiatives to use to help get out the vote either way, though there is still going to be plenty of grandstanding and signaling. At the Daily Beast, David Freedlander wonders how it will all play out for the Republican primary. Will possible candidates like New Jersey Gov. Chris Christie and Kentucky Sen. Rand Paul be hurt for their compromise "leave the matter to the states" position?

[T]he presence of evangelical primary voters, especially in Iowa and South Carolina among the early states, means that some candidates will press their advantage.

"You could easily see a situation where a Rick Santorum or a Mike Huckabee are pressing this issue, and you hope that the rest of the field just leaves it to them," said one pro-same-sex marriage GOP strategist.

Personally, it's hard to visualize a President Huckabee or Santorum, even with the plunge in popularity for the Democrats right now. What votes would they actually be able to pick up that Sen. John McCain and former Gov. Mitt Romney could not? Given the winds of change, what exactly is the Republican establishment position on gay marriage recognition anymore? We might not even really know where the party truly stands now until the 2016 national convention.

But it will also be interesting to see how, or if, gay marriage issues play out in the Democratic primaries. The conventional wisdom is that the Democrats are the party who loves the gays, but that's only relative to the Republican Party's position. Vice President Joe Biden voted in favor of the Defense of Marriage Act (DOMA) back when he was a senator. And as the Daily Beast points out, Hillary Clinton's position on gay marriage is essentially the same as Paul's:

Christie, [Scott] Walker, and Paul have all argued that the marriage issue is one better left to the states. Their position is identical to the one held by Hillary Clinton, a fact that delights Gregory T. Angelo, the head of the Log Cabin Republicans, a gay rights GOP group.

"Hillary Clinton has a position on marriage that is to the right of everyone else in her party," he said. "Part of me cannot wait to see her twist herself into contortions explaining why her position is different from her party's platform."

In other words, expect the marriage matter to be a bipartisan affair.

"That is a fact we are certainly going to be reminding Democrats about," Angelo said.

I'm not sure how well that tactic's going to work. Obviously President Barack Obama's own lack of support for gay marriage prior to his second term didn't seem to harm his chances. If somebody like Paul or Christie gets the nomination, I can see them try against Clinton. I'll add that former Gov. Jeb Bush, whose name is being tossed around as a possible GOP nominee, also supports letting the states decide. And while Biden has a past with DOMA, he's going to get the benefit of being the guy perceived as having forced Obama's hand in announcing support for gay marriage recognition.

If the Supreme Court does take up the case and rule prior to the 2016 election, which seems eminently possible, I will be curious to see what the GOP does with that. Will there be the expected "activist court" grandstanding from the likes of Santorum and Huckabee? (Obviously, yes.) Would somebody like Rand use the opportunity to talk about reducing the state's role in marriage entirely? And what will the Republican Party put in its platform about gay marriage in 2016?

Reason's annual Webathon is under way! Your (tax-deductible!) gift will help Reason magazine, Reason.com, and Reason TV bring the case for "Free Minds and Free Markets" to bigger and bigger audiences. For giving levels and associated swag, go here now.