Let Illegal Immigrants Come Out of the Shadows 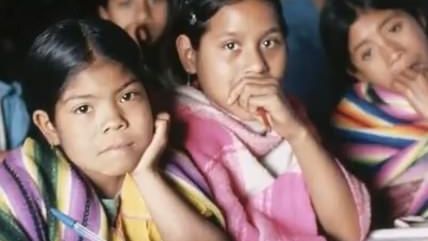 Amidst predictably partisan reactions to President Obama's recent executive order offering five million illegal immigrants a reprieve from deportation, some critics have denounced it as a special affront to immigrants who played by the rules to come to this country. So, as one of those legal immigrants—my family came to America from the Soviet Union in 1980—let me say that illegal immigrants do not offend me. Like some two-thirds of Americans, I believe that if they have committed no crimes while living in the United States, they should be granted the option to stay here legally and, in the President's words, "come out of the shadows."

Yes, they broke the law by coming here. But as federal judge Alex Kozinski and attorney Misha Tseytlin—both of whom, incidentally, are legal immigrants, from Romania and the Soviet Union—point out in a 2009 essay with the self-explanatory title, "You're (Probably) a Federal Criminal," federal law today is so vast in reach that most of us have probably broken it at some point. And a few have done so to accolades from some of the same folks who are greatly exercised about law-breaking border-crossers. See, for instance, Nevada lawbreaker Cliven Bundy, the rancher who insisted on letting his cattle graze on federal land without paying the legally required fees, and whose defenders (before he started spouting racist tirades) included Fox News talk show host and illegal immigration hardliner Sean Hannity.

In many ways, immigration law is especially arbitrary and capricious—and hardly sacrosanct given its history. For a century after the American founding, we had open borders; a 1798 law allowed the President to order the deportation of resident aliens from a country at war with the United States, but that's about it. The first laws limiting immigration were strongly tainted with overt racism; the Page Act of 1875, which forbade entry to "undesirable" aliens, specifically targeted Asian laborers, and its 1882 sequel was actually called the Chinese Exclusion Act.

Obviously, we've come a long way since then. Even so, modern immigration law is flexible enough that what's legal today may be illegal tomorrow; it is replete with quotas, lotteries, and shifting definitions of what constitutes close family for the purposes of allowing legal entry to family members of U.S. citizens or resident aliens. It is less an instrument of justice than a morass of technicalities; no wonder it commands little respect.

Suppose the government imposed a quota on entrepreneurs so that people had to wait for years—or enter a lottery—for a permit to open a business. Would someone who starts an illegal business be viewed as a criminal by most people, at least if the company's products or services cause no harm to anyone? Probably not. For that matter, in a non-hypothetical situation, how many Americans, especially conservatives, would condemn an otherwise law-abiding citizen who runs an unlicensed day care center because the red tape is too costly, as long as the children are safe and well-tended?

True, in those cases we are presumably talking about American citizens. But we are a nation of immigrants—the cliché, in this case, is built on a profound truth—and descendants of immigrants who mostly came here when legal barriers to entry were few. To a very large extent, being here legally is a matter of luck, not of being more deserving.

In my case, the luck was partly a matter of Cold War politics: as Soviet émigrés, my family and I were automatically eligible for residency as refugees. For that, I give thanks on every Thanksgiving Day and on many others. But I am well aware that many people whose plight was at least as bad (or worse, with far more extreme poverty and active persecution rather than general oppression) did not have the same privilege. People who enter this country in violation of the law but earn an honest living, harm no one, and contribute to society—often getting far less back in benefits than do citizens or legal residents—have my sympathy and respect.

Few would deny that there are real, vital national security issues related to border control. There is also a legitimate debate about the social consequences of unrestricted immigration. Yet it is also indisputable that efforts to crack down on immigration violations have often resulted in ungenerous, even inhumane policies that one might call truly un-American.

Think of people brought here as children who never went through the naturalization process, and who suddenly faced deportation to places they barely remembered because of a minor past transgression—a bar brawl, or public urination classified as a sex offense—that made them deportable due to changes in the law. Think of people with American spouses who face the Catch-22 of having to exit the United States to apply for permanent residency, and being barred from re-entry for three or even ten years because they were here illegally. Think of people arrested on suspicion of often technical immigration violations who are imprisoned in worse conditions than violent criminals.

Think of Howard Dean Bailey, an Iraq war veteran who legally came to the U.S. from Jamaica as a teenager and whose heartbreaking story was told in Politico magazine earlier this year. A father of two, a husband and a small business owner, Bailey was deported back to Jamaica in 2012 after two years of often degrading detention; he was shackled during transit from one holding facility to another and once denied access to a toilet until he lost control of his bladder. His crime? A 1995 conviction for possessing marijuana with intent to distribute—which Bailey voluntarily disclosed on his citizenship application in 2005, not knowing it would disqualify him. Bailey, who otherwise has a clean record, says he was duped into picking up some packages for an acquaintance and pleaded guilty without realizing that it would doom his chances of becoming a citizen. Even if his role wasn't quite as innocent, his treatment strikes me as far more outrageous than amnesty for illegal aliens.

Whether President Obama's executive action overstepped the lawful bounds of his role is a question for constitutional law experts. One such scholar, George Mason University law professor Ilya Somin, argues that he did not, because violations of federal law are so ubiquitous that any president must pick and choose which ones to pursue. (Somin, too, happens to be a legal immigrant from the Soviet Union.) Be as it may, I hope that Congress can find the will to pass immigration reform, extend the President's reprieve, and allow illegal immigrants the opportunity to make things right with the law and stay in this country without fear. It's what most Americans want—and it's the American thing to do.

This column originally appeared at RealClearPolitics.