UVA (and Others) Admit the Obvious: Blame It On the Alcohol 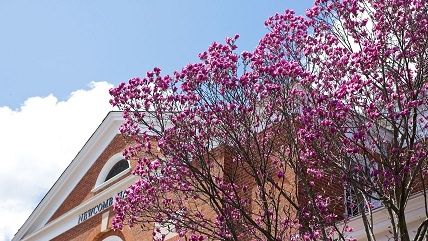 As police investigate the shocking allegations of gang rape levelled against a University of Virginia fraternity in an unbelievable Rolling Stone story, UVA administrators have begun assigning blame and proposing dubious solutions. Suspending all campus fraternity activity, as UVA President Teresa Sullivan has done, might feel like the right thing, but it's probably not constitutional, since students enjoy the First Amendment right to be a part of clubs.

But I was thrilled to hear one administrator at least pinpointing the heart of the problem: campus binge-drinking culture. Unfortunately, that same administrator proposed a solution that would actually worsen matters. According ABC News:

A University of Virginia board on Tuesday honed in on alcohol as a contributing factor in sexual assaults on campus, with one member calling for more aggressively enforcing the law banning underage drinking. …

Board member Bobbie Kilberg said the school needed to stop underage drinking, a tall order on nearly any college campus, where drinking is a rite of passage and students under age 21 have no trouble getting alcohol.

Her suggestion was met with some resistance from student leaders. Tommy Reid, president of the school's Inter-Fraternity Council, said such a ban could push drinking "underground."

Kilberg is correct that alcohol is the big problem, or at least a big problem. Campus fraternities often play the role of black market alcohol distributor; underage students who want to drink are forced to deal with older fraternity brothers, on their turf. But enforcing drinking laws more stridently would only worsen this reality, as everyone familiar with the side effects of various government-enacted prohibitions on illicit substances will tell you.

Instead of giving more power to the very sort of people accused of gang rape at UVA—frat brothers with a monopoly on booze for the underage crowd—administrators should petition Congress to abolish the National Minimum Drinking Age Act, which forces states to maintain a drinking age of 21. If teens could legally purchase alcohol and drink in bars, restaurants, or the comfort of their own dorm rooms, some of the excesses of binge-drinking culture would die off. And as a bonus, an absurd, nanny statist, freedom-destroying law would be no more.

Another college administrator—Donald Eastman III, president of Eckerd College in Florida—recently sent an e-mail to students urging them to drink less alcohol and have less sex if they want to avoid being raped. Anyone who thinks college kids are actually going to take that advice probably isn't fit to be running the show at any college in the country. You can't tell them what not to do, and you can't force them not to do it. The sexual assault problem on college campuses needs a realistic solution—one that conforms to actual human behavior. Lowering the drinking age and taking away the incentive for students to consume alcohol dangerously is the best approach.