GamerGate: How Consumers Are Influencing the Culture Battle 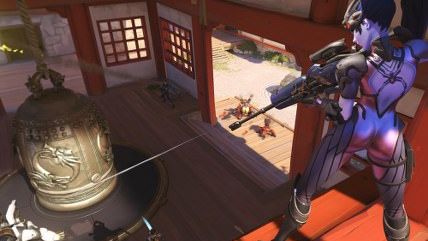 It's probably impossible to say what GamerGate is actually "about"; instead we must simply describe the various parties involved and their various grievances. GamerGate allegedly began when the ex-boyfriend of a small independent game developer exposed issues with their relationship online and mentioned her relationship with a writer at prominent game site Kotaku. Though the writer did not review her game, Depression Quest—an interactive story about living with depression—this relationship somehow triggered an opening of some festering wounds within the video game industry: one, the often cozy relationship between the game industry and the game press and how this might taint press coverage; and two, girls and women embracing video games as a form of entertainment—and some of them demanding more progressive representations of their gender and better treatment as professionals in the industry.

It may seem strange to non-gamers that this could launch a culture war. It even seems strange to many gamers, partly because these are known issues going back years. And while GamerGate is producing a lot of heat, it's hard to determine whether it's actually an issue beyond people having the fight, Internet echo chambers being what they are (my 18-year-old nephew, a fairly heavy gamer, hadn't heard of GamerGate at all and rolled his eyes at the whole thing when it was explained). If anything, the sticking power of GamerGate for the past few months is a testament to video games becoming a dominant part of American culture. The establishment of video games as a prime contributor to popular culture and an entertainment juggernaut inspired Reason's June issue. It actually makes sense that the video game industry would become the battleground for a new generation of culture wars brewing among millennials.

The positions of the people actually participating in GamerGate fights are pretty entrenched, and focused on snatching and publicizing anything that will make the other side look bad. Criticisms are treated as threats. There have been actual threats, but no sign anybody intends to carry them through. Cathy Young wrote extensively about the behavior of both camps, and I have no intention of wading into it further.

What should the rest of us take away? It would be easy to dismiss GamerGate as a tempest in a teapot, and ultimately we just might. But it is worthwhile to explore the kind of behaviors that have made GamerGate what it is for insight as to how these conflicts will play out in other matters where millennial views are taking front and center.

Though GamerGate involves a lot of debate over the content of video games, nothing in this conflict appears to be a call for government intervention. This is not like previous cultural battles over video games, with Congressional panels and threats of censorship or regulation. This is not an example of a "game panic," though it has caused a brief revival of generalizations being tossed around about "gamers" exhibiting aggressive behavior. (The studies don't really support this generalization, as Reason's Ron Bailey recently explored here.) This is an improvement over previous video game culture conflicts.

A different way of looking at the GamerGate conflict is to consider millennials as comfortable consumers with a media savvy unmatched by baby boomers and even many Gen-Xers (though to be clear, there are some Gen-Xers as participants in GamerGate). This is a culture war where both sides want particular things from video games and video game journalism and criticism. It's a culture battle about the amount of influence people have over particular consumer goods that are important to them (or at least for those who haven't joined in as part of ongoing fighting over feminism).

Remember that reputation millennials have for being "entitled"? Even millennials agree! And while people tend to associate entitlement with a negative mentality—with people wanting or taking something that they don't deserve or haven't earned—let's look at it from the angle of consumers. GamerGate revolves around various parties attempting and lobbying for games and game journalism that cater specifically to them. The friction seems to revolve around a belief that all sides can't get what they want, or that the other side shouldn't get what it wants. Do feminist gamers really want more games with better representation of women or do they want validation by destroying or eliminating the games that don't provide what they want? Do GamerGate supporters really want better ethics in game journalism or do they want their opinions about the content of video games and the state of the industry validated by reviewers and writers?

But these are all completely false choices that highlight the low stakes of this fight and thus explains why GamerGate is perhaps not being treated seriously by people without direct interest. There's no reason why the incredibly vast and growing library of video games cannot contain both Depression Quest and the deliberately absurdly sexist Duke Nukem Forever.

Visualize a Cornucopia Stuffed with XBoxes

Because video games are a consumer good that rakes in billions of dollars in annual revenue, any argument that a game company should refuse to cater to a large demographic is doomed to fail. A recent game convention hosted by top company Blizzard Entertainment (makers of World of Warcraft) served as a good example of how this battle will actually play out once you get away from people insulting each other on social media and message boards. At the opening of their annual Blizzcon, a multi-day event showing off the company's latest games, CEO Michael Morhaime criticized any gamers involved with online harassment. Though he didn't reference the GamerGate controversy by name, the timing mattered. He was clearly speaking about the threats and harassment surrounding the whole gamers vs. feminists fight.

Then, at that same convention, Blizzard also announced a new game called Overwatch. One of the main characters in the team shooter game is named Widowmaker. She's a well-endowed assassin in a revealing, cleavage-emphasizing catsuit with a sexy French accent (and, of course, heels). Is this a problem? Only if you accept the false consumer choice that the entire industry can appeal to either the id of a male gamer audience or the progressive demands of feminists, but somehow not both.

What drives the game industry is what drives every other industry: success. If games that appeal to feminists can also be successful, they will be made. Game companies can give all the lip service in the world to feminist concerns, but they've got bills and employees to pay. As games that show strong portrayals of women are more successful (and we're seeing more of it, particularly in script-heavy role-playing games) it will reinforce to game developers that there are more options than sex objects or damsels in distress.

Actually, It's About Consumers in Games Journalism

As for the credibility of the gaming press and game reviewers, writers need to keep in mind that what they produce is also a consumer product. This doesn't necessarily mean the critic or writer should just pander to whatever the audience asks for. Rather, it means that a critic doesn't have any sort of claim to an audience or readers. It seems short-sighted for elements within the gaming press to respond to criticism by essentially attacking their audiences; traditional print media journalists have a reputation for insulting their own customers, too, and look at how things are going for them.

There was a brief run of "gamers are dead" stories within the gaming press that took an important idea—that video games are now such a broad hobby so as to encompass a plethora of demographics for developers to consider—and turned it into a cudgel to use against a particular gaming demographic that challenged their behavior. Rather than embracing the cornucopian possibilities that this huge industry provides to manufacture entertainment options to everybody, these stories appeared to buy into the false choice that games should abandon one set of customers for another. The short-sightedness of the argument prompted David Auerbach over at Slate to point out the lack of evidence that the hard-core gamer demographic is actually dead and that the gaming press was shooting itself in the foot with its reporting.

Because if the gaming press were right, who would be reading their content? Do they think modest or casual gamers are reading their game culture think-pieces? Do they also think that a person who goes to the movies once or twice a year is a regular reader of, say, Film Threat?

As it is, game criticism via media gatekeepers is itself becoming less and less of a consumer need, given the embrace of the online streaming, allowing potential game buyers to actually watch games in action before buying, rather than having to consider reviews. And so game journalism has taken on a more academic form of game analysis and criticism, and that's fine, but that doesn't make it actual academic criticism immune to the free market. They are still producing a consumer good, subject to acceptance or rejection by the public.

Ultimately, GamerGate is partly about how the now-adult millennial audience embraces its consumer power. The entitlement mentality is not entirely bad, because it will push for increased diversity in consumer choices. We actually have seen a noticeable improvement in how women are represented in many video games. But a culture war that posits that a consumer product as vast as the video game industry must actually reject appeals to a particular demographic is doomed to descend into petty public squabbles over which demographic to cater to. Choosing between demographics doesn't lead to growth in the industry, and therefore that effort will not be successful in the long run.