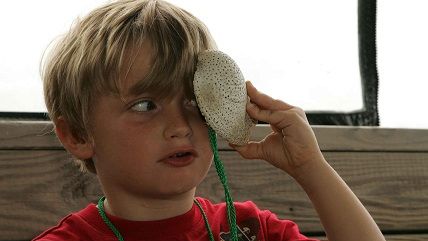 A recent Gallup Poll exposed the fact that many teachers have a Jekyll and Hyde complex when it comes to Common Core: they like the idea of uniform national standards but vigorously oppose standardized tests.

According to the poll, 76 percent of teachers reacted positively to the idea of having "one set of educational standards across the country for reading, writing, and math." Good news for Common Core proponents, right? Unfortunately, the other half of Common Core is rigorous testing, and 72 percent of teachers reacted negatively to "standardized computer-based tests to measure all students' performance and progress." When the poll suggested "linking teacher evaluations to their students' Common Core test scores," teachers were horrified: 89 percent didn't like that idea.

Common Core cannot be stripped of standardized testing and still survive. Tests were not some incidental byproduct of the national standards effort; they are an integral part of the package. There will be no way to tell if the standards are working—or if schools are implementing them correctly—if the tests are tossed out but the standards maintained.

Certainly, some teachers merely oppose the tests because they don't want to be held responsible for their students' progress at all. That's bad; teacher compensation and evaluation should be based on something tangible, like student achievement, rather than something automatic, like tenure or degree attainment.

But I can't fault teachers who don't want to be held responsible for students' negative test scores when the students clearly don't stand a chance of passing. Haphazard implementation of Common Core means that not all students are absorbing Core-aligned material at the appropriate grades, rendering the tests ill-suited to the task at hand. And how are kindergartners at struggling, cash-strapped, inner-city schools going to pass a computerized exam, no matter how dedicated their teachers are?

One of the main problems of public education is a lack of accountability. There is no way to excise bad teachers from the system, and good teachers have little incentive to stay. Better testing is a perfectly valid solution to deal with that problem. But this test—a test forced on the states by large federal and corporate interests—is clearly creating more problems than it solves.

Incidentally, Common Core tests are so unpopular that some former supporters of the effort have been forced to change course in order to avoid alienting teachers. New York Gov. Andrew Cuomo, who is fighting to keep his governorship, has significantly walked back his pro-Core stances. His Republican opponent, Rob Astorino, is even more opposed to Common Core, and will actually appear on the ballot as the nominee of the "Stop Common Core" party.