Uruguay Marijuana Legalization May Not Last Past Next Year, Regulations Unsurprisingly Failing 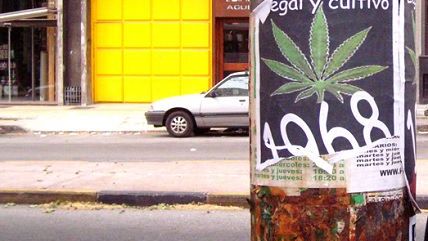 Earlier this year Uruguay became the first country in the world to legalize marijuana, setting up regulations largely far stricter than those in Colorado and Washington, where marijuana was also legalized. Uruguay's regulations placed limits on how much marijuana could be bought and where and required registration for marijuana users.

Just 378 people registered as of last month, and why would there be more? Uruguay's president, Jose Mujica, who supported legalization even while warning of the illness marijuana use can lead to, is nevertheless term-limited.

The front runner to succeed him, cancer doctor Tabare Vazquez, also his predecessor, is excited about using the registry to "better know who uses drugs and be able to intervene earlier to rehabilitate that person."

Meanwhile, the other candidate, center-right Luis Lacalle Pou, is opposed to legalization. Uruguay's marijuana legalization experiment may not last much longer than Mujica's term.