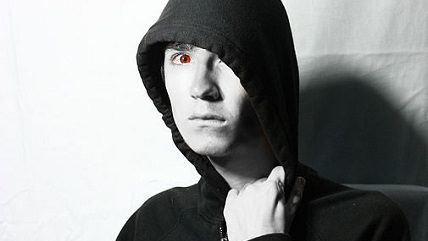 Mention this trend to any friend with school age kids and most will likely say they have seen it: A note from the school warning parents and children that there was a car, a stranger, or—worst of all—a van spotted near the bus stop. A reader, Kate, sent me a message about the note her son's school sent home with him. Kate lives in Canada, but the trend is strong in the U.S., too:

Today's alert was to let us know that the police were contacted "regarding a suspicious motor vehicle seen between 8:15 and 8:30 AM" near one of the schools this morning, a "white work van with an orange flashing style light on top that was not operative" operated by "a male approx. 50-60 years of age with a full white beard and wearing an orange construction style shirt and ball style hat."

Of course, there isn't enough detail included to explain what on earth is so suspicious about a work van driven by a workman in a small Canadian town on a Wednesday morning. Instead there are tips about setting up 'code words' with parents and kids and never going into strange places out of public view.

These notes are not benign. By adding to the belief that our kids are in constant danger the minute they leave the house, they make it seem too risky to send kids outside unsupervised. That's how we end up with cops collaring moms who let their kids walk to the park or play outside. It is equated with negligence. After all, there was an unfamiliar car in the neighborhood! Here's the rest of Kate's letter about the note:

The local schools have this 'partnership' program with the local police where a notice is sent home with the schoolkids whenever the police receive a complaint that touches on a threat to one of the schools or to schoolkids. Mostly, what this means is that we get to hear about it every single time a kid reports that someone made them uncomfortable on their walk home and every time a local resident sees a 'suspicious' vehicle near one of the schools.

Last year, I rolled my eyes at these notices and filed them in my recycling bin. But

this year, I'm fed up. I'm fed up with hearing my kids and their friends talk about how strangers could have weapons or want to grab kids. I'm fed up with trying to explain to my neighbors why there's no danger at all to my 9-year-old son to bike the 1.2 km to his school—and that it won't be any more dangerous for their daughters to walk or bike the same distance at the same age.

It's hard enough to raise Free-Range Kids in a paranoid world without the school and police adding fuel to the fire…. So, I'm going to write to my kids' principal and the local police chief to ask whether it is really necessary to send reports home about every unsubstantiated complaint, considering these negative effects on the school community.

If they do feel it is necessary to send these reports, I want to insist that they include follow-up reports so that the community can see how many of these complaints are unsubstantiated or substantiated. I'd like to include statistics to reinforce the true likelihood of abduction or assault so I can compare the costs of this policy against the putative benefits.

Help me shed some sanity!

Let's all help. Let's follow Kate's lead and ask the local cops and schools to report when the suspicious man or van turns out to be absolutely nothing more than—surprise—a perfectly harmless man or van. And let's ask school principals why they feel compelled to spread fear based on nothing more than Spidey sense.