Headline of the Day: 'UMass to Review Policy on Students as Confidential Drug Informants' 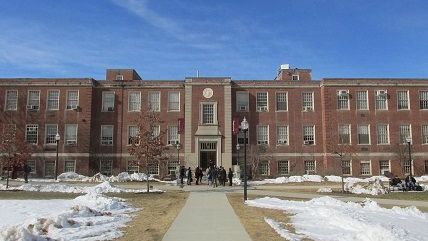 That eyebrow-raiser comes from Inside Higher Ed, which provided a brief synopsis of a very curious program at the University of Massachusetts at Amherst. University police apparently caught a student, "Logan," selling LSD in a club a year ago. Normally, this would have led to criminal charges, a school suspension, and parental notification; instead, administrators offered to bury the matter and drop the punishments.

All Logan had to do was become an undercover drug informant for UMass, according to an unbelievable Boston Globe story.

Logan accepted—it was "an offer I can't refuse," he told his friends—and became an undercover UMass police informant. His codename was CI-8. He did his job and helped the university catch at least one other dealer.

A year later, his parents—who had no idea about his troubles with drugs—found him dead of a heroin overdose.

Now some are wondering whether forcing Logan to stay in the drug culture in order to ferret out other dealers was the best thing for him, given his addiction:

If Logan had not become an informant, he would have faced expulsion from his dorm and suspension from school under the UMass substance abuse policy, and, if the dean of students found he was guilty of the offenses, his parents would have been notified. He also could have been ordered to attend a drug education program.

Instead, Logan was enabled to keep his addiction a secret from his family. After briefly going cold turkey in the late spring of 2013, he was using again by the middle of July, his text messages show. Looking ahead to the fall at UMass, he texted one friend that his apartment would be the "shootup den."

UMass has announced plans to review the drug informant policy, at least:

The university defended the program, but said it will review whether to require informants in drug cases to get help for possible addictions and whether to notify parents when a student is recruited into the program.

"The assessment will help determine whether the confidential informant program can operate successfully with a mandatory referral to an addiction specialist or notification to a parent . . . while maintaining a program that deters distribution of illegal, lethal drugs," UMass said in a statement.

A university conscripted a student-addict into dangerous undercover police work that could have gotten him killed—and in a way, it eventually did. Ladies and gentlemen, your War on Drugs.