Berkeley Chancellor: Free Speech Is Great and All, But… 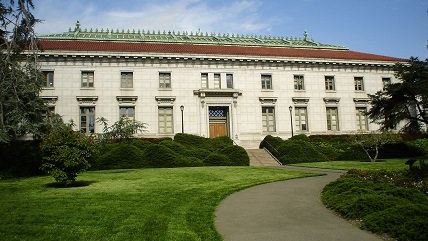 It's the 50th anniversary of the Free Speech Movement at the University of California at Berkeley, and Chancellor Nicholas Dirks sure has a funny way of showing his love for the First Amendment. He recently sent a campus-wide email filled with Orwellian doublespeak about how free speech can "undermine a community's foundation" if it leads to "division." Just try to make sense of his message:

As we honor this turning point in our history, it is important that we recognize the broader social context required in order for free speech to thrive. For free speech to have meaning it must not just be tolerated, it must also be heard, listened to, engaged, and debated. Yet this is easier said than done, for the boundaries between protected and unprotected speech, between free speech and political advocacy, between the campus and the classroom, between debate and demagoguery, between freedom and responsibility, have never been fully settled. As a consequence, when issues are inherently divisive, controversial and capable of arousing strong feelings, the commitment to free speech and expression can lead to division and divisiveness that undermine a community's foundation.

Uh, what? It sure sounds like he's discouraging students and professors from engaging in provocative speech—we wouldn't want to divide the community, now would we?

Chancellor Dirks is using a variation on a common censor's trick — saying "well, the First Amendment doesn't protect all speech, and sometimes the line is blurry" to justify broad restrictions. This is akin to me walking up to you, punching you in the face without warning, and saying "well, not all violence is prohibited. Under some circumstances it is permissible."

Yes, the First Amendment doesn't protect everything. Yes, not every possible First Amendment question has been resolved. Yes, sometimes First Amendment analysis is complex. But most often we deal in questions that have conclusive answers. Universities would like to pretend otherwise, and strive for ambiguity where there is none,but most campus speech issues are easily resolved by anyone sincerely concerned with the rule of law. Can students hand out the United States Constitution outside of an arbitrary "free speech zone? Yes. Can public schools punish students for mere crass insults? No.

And here is Greg Lukianoff, president of the Foundation for Individual Rights in Education, in The Wall Street Journal:

In my 13 years defending student and faculty speech, I have learned that campus administrators are most likely to deem as "uncivil" speech that criticizes them or the university's sacred cows. Meanwhile, students who agree with the administration are likely to be complimented for speaking truth to power. …

Chancellor Dirks's heart may be in the right place. But his disinclination to offer a rousing endorsement of free speech—or even to explain its basic importance—is another example of the ambivalence and even outright hostility toward free expression found too often on today's campuses.

Lukianoff's latest book, "Freedom from Speech," discusses some of the latest threats to free speech, including trigger warnings and campus speaker disinvitations.

For more on the gradual death of free speech culture at college campuses like Berkeley, read Reason editor in chief Matt Welch's "When the Left Turrned Against Free Speech."