How Markets and Property Rights Can Protect Nature

It's natural-and wrong-to assume greedy capitalists will run amok and destroy the Earth unless stopped by regulation. 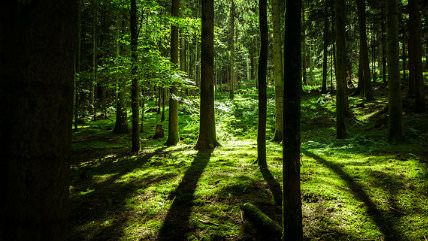 Last week I said the Environmental Protection Agency (EPA) has become a monster that does more harm than good. But logical people say, "What else we got?" It's natural to assume greedy capitalists will run amok and destroy the Earth unless stopped by regulation.

These critics don't understand the real power of private ownership, says Terry Anderson of the Property and Environment Research Center. "Long before the EPA was a glint in anyone's eye," said Anderson on my TV show, "property rights were dealing with pollution issues."

The worst pollution often happens on land owned by "the people"—by government. Since no one person derives direct benefit from this property, it's often treated carelessly. Some of the worst environmental damage happens on military bases and government research facilities, such as the nuclear research site in Hanford, Washington.

Worse things may happen when government indifference combines with the greed of unrestrained businesspeople, like when the U.S. Forest Service lets logging companies cut trees on public land. Private forest owners are careful to replant and take steps to prevent forest fires. Government-owned forests are not as well managed. They are much more likely to burn.

When it's government land—or any commonly held resource—the incentive is to get in and take what you can, while you can. It's called the "tragedy of the commons."

"No one washes a rental car," says Anderson, but "when people own things, they take care of them. And when they have private property rights that they can enforce, other people can't dump gunk onto the property."

That's why, contrary to what environmentalists often assume, it's really property rights that encourage good stewardship. If you pollute, it's your neighbors who are most likely to complain, not lazy bureaucrats at the EPA.

"Here in Montana, for example, the Anaconda Mining Company, a copper and mining company, ruled the state," says Anderson. "And yet when it was discovered that their tailings piles (the heaps left over after removing the valuable material by mining) had caused pollution on ranches that neighbored them, local property owners took them to court. (Anaconda Mining) had to cease and desist and pay for damages. … They quickly took care of that problem." They also restored some of the land they had mined.

Property rights and a simple, honest court system—institutions that can exist without big government—solve problems that would be fought about for years by politicians, environmental bureaucrats, and the corporations who lobby them.

In fact, it's harder to assess the benefits and damages in environmental disputes when these decisions are taken out of the marketplace and made by bureaucracies that have few objective ways to measure costs.

Markets even solve environmental problems in places where environmentalists assume they cannot, such as oceans and other property that can't be carved up into private parcels.

Environmental bureaucrats usually say, to make sure fishermen don't overfish and destroy the stock of fish, we will set a quota for every season. That command-and-control approach has been the standard policy. So bureaucrats regulate the fishing season. They limit the number of boats, their size, and how long they may fish.

The result: fishing is now America's most dangerous job. Fishermen race out in all kinds of weather to get as many fish as they can in the narrow time window allowed by regulators. They try to game the system to make more money. Sometimes they still deplete the fish stock.

But Anderson points out that there is an alternative. "In places like New Zealand and Iceland … we've created individual fishing quotas, which are tradable, which are bankable, which give people an incentive to invest in their fisheries." Because the fisherman "owns" his fishing quota, he is careful to preserve it. He doesn't overfish because he wants "his" fish to be there next year.

The moral of the story: when possible, let markets and property protect nature. That avoids the tragedy of the commons.