Watch This: Police Interrogation of Arrested Mom Is Patronizing and Wrong

It is not a crime to let a child of 9 play at a park during the summer. In fact, it is a time-honored tradition. 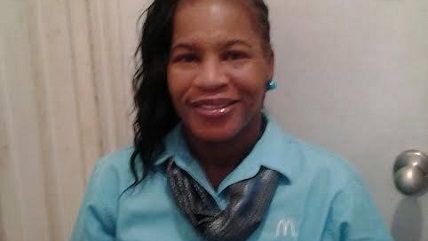 Debra Harrell, the South Carolina mom who was jailed for letting her 9-year-old play at a popular park while she worked her shift at McDonalds is now suing WJBF-TV, the station that aired a tape of her police interrogation.

On its Facebook page, WJBF-TV originally included footage of Harrell giving her name, address, and social security number. This outraged viewers as much as it did Harrell's pro bono lawyer, Robert Phillips, who filed the suit. Even more outrageous is the interrogation itself, which included these exchanges:

OFFICER (talking about Harrell's daughter):  "So you leave her at the park unsupervised?"

HARRELL: "Yeah, but you know—everybody's there. I didn't feel I needed to be up there, sitting up there."

OFFICER: "You're her mother, right?"

OFFICER: "You understand that you're in charge of her well being?"

OFFICER: "It's not other people's job to do so."

Could the officer be any more patronizing, cruel, or wrong? It is not a crime to let a child of 9 play at a park during the summer. In fact, it is a time-honored tradition.

Moreover, it isn't insane to think that a sunny playground teeming with kids, parents, and park workers is a safe place for a child to spend some glorious time. Children don't need constant supervision, and for the law to insist they do is to make a criminal out of anyone who lets her kids walk to school, run an errand, or deliver papers. It is outlawing independence and trust.

Even so, the officer insists to Harrell that leaving a child alone at all constitutes "willful abandonment," a crime.

As a parent in charge of my own kids' well-being, I believe that it is healthy for them to be on their own sometimes, and good for them to be out in public without me—dependent on their own wits and the help of strangers, should they need it. They are teens now, but I also believed that when they were in the single digits.

There's one more clip from this extremely sad and disturbing interview in which Harrell is trying to explain to a second interrogator what happened to her daughter after their home was burglarized:

"They broke in my house. She don't have no TV, no nothing to look at no more. I thought that [the park] would be the safest place for her."

It was. It is! A place to get exercise. A place to make friends. A place to play: that most crucial of childhood activities. It was better than safe, it was a smart place that a good mom would bring her child, except for one problem: The authorities are at war with common sense, an autonomous childhood, and moms.