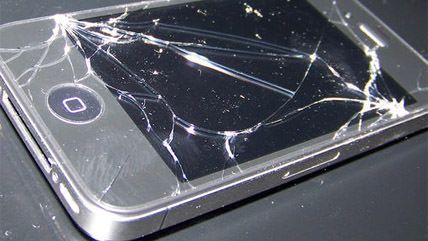 The California legislature yesterday passed a bill requiring that smartphones sold in the state be equipped with an anti-theft "kill switch" that can remotely render the device inoperable if stolen.

S.B. 962, which was introduced by Sen. Mark Leno (D-San Francisco) and passed 28-8, is unique among state-level kill switch bills, because it "would require manufacturers to prompt consumers to enable the 'kill switch' at the initial setup of a new device," as opposed to letting customers opt-in later, explains The Wall Street Journal (WSJ).

"I think as any number of issues here in California, when we act it becomes the de facto way business is done across the country," says Leno, who believes that his bill will help end the "epidemic" of smartphone thefts. "About 3.1 million American consumers were victims of smart phone theft in 2013," according to Consumer Reports. That's a lot, but not that much in the grand scheme of things. There are an estimated 327,577,529 mobile phones (not even counting the other mobile devices) in use in the U.S., which is more phones than citizens.

The state stands to make some cash by passing the law. One provision declares that "the knowing retail sale of a smartphone in California in violation of [the law] may be subject to a civil penalty of not less than five hundred dollars ($500), nor more than two thousand five hundred dollars ($2,500), per smartphone sold in California in violation."

Although it seems like a step forward now, legislation moves at a much slower pace than technology, so S.B. 962 regulations may be holding back future innovations by the time the ink dries. The cellphone industry isn't opposed to anti-theft tools; there exist plenty of them already.

The Cellular Telecommunications Industry Association issued a statement in opposition to the bill, noting some foreseeable downsides:

We urge the Governor to not sign this bill, since uniformity in the wireless industry created tremendous benefits for wireless consumers, including lower costs and phenomenal innovation. State by state technology mandates, such as this one, stifle those benefits and are detrimental to wireless consumers.

Gov. Jerry Brown has 12 days to take action on the bill. A spokesman for the governor told WSJ that he won't comment on pending legislation. If he does approve, the bill would take effect in July 2015.