Don't take your eyes off your kids before they are legally old enough to join the Army. 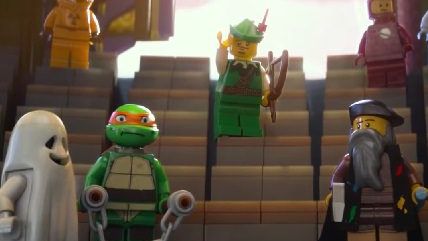 Do you remember going to the store as a kid? It was time on your own. It was a thrill.

Yesterday afternoon, a mom in Long Island, New York, was arrested for leaving her 7-year-old at the Roosevelt Field Mall LEGO Store for an hour and 20 minutes while she shopped elsewhere in the mall. According to Patch.com:

A store manger at the Lego Store became concerned for the well being of the unsupervised child and contacted mall security, who then called 911, police said.

The child was left unattended in the store for about an hour and 20 minutes, police said. When Patricia Juarez returned to the store, she arrested without incident at about 5:30 p.m., police said.

The story mentions that the the mother, Patricia Juarez, was also charged with petty larceny stemming from a previous warrant. Larceny is a real crime, of course. Letting your kid play by himself in the LEGO Store is not. I would really love the police to explain how endangered this child actually was, in a public place, surrounded by employees, shoppers, and security (and LEGO superheroes!).

Nonetheless, in a country that arrests parents for taking their eyes off their kids anytime before they're legally old enough to join the Army, Juarez is now considered a criminal.

Her child was released to a relative, which makes me wonder whether the mom is in jail or simply not allowed contact with her son, since she is obviously a depraved monster who left her kid in an alligator swamp with meatballs in his pockets (or the suburban equivalent).